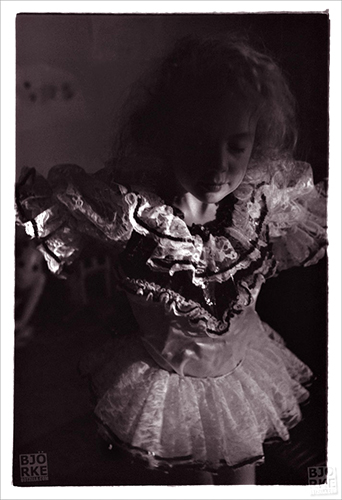 This post has been lingering half-written for months, I was reminded of it this morning, as I came across this post from Suzanne Revy, and prodded with the notion that in fact this little rant has been curdling in my mind for my, much longer.

Suzanne is one of an undeclared informal group, the APUG B&W Child Portrait Society, a club that includes photographers like Cheryl Jacobs in the U.S., Nicole Boenig-McGrade in Australia, & Heli Huhtala in Finland.

In all these cases we see similar sorts of classic iconography being used to similar means: to reveal, or seem to reveal, a private world in which children are fully involved and which adults can only glimpse. Even then, the contents of that private world remains hidden – only its existence is shown, and the rest is hidden through deep shadows and restrictive or soft focus (or even, as in Cheryl’s current title-webpage image, both shadows and soft focus combined with a wire mesh screen between the child and the photographer).

As Jeff Curto describes well in his Podcast Lecture on Women in Photographic History (you can find his associated presentation slides here), these veins have been serving-up images of value almost since the dawn of photography. As Curto also mentions, they have been especially well-represented by women photographers, with few men making such leaps – a bit like his parallel observation that there are almost no woman landscape photographers of note. The iconic photographers with similar visual flavor are certainly women: Sally Mann, Chansonetta Stanely Emmons, Nancy Rexroth, and of course Gertrude Kasebier, whom I’ve often felt was the first prominent photographer of this sort whose work was acclaimed to a degree because she delivered what was expected, following in the far larger footsteps of Julia Margaret Cameron (caveat: both made images approriate for their time, and I acknowledge that my reading is based on a potentially ignorance-inducing gap of over a century).

There are a handful of exceptions, particularly moderns like Keith Carter (is Ralph Gibson an adult alternative?), or stray iconic images like Elliot Erwitt’s nursing mother or W. Eugene Smith’s postcard perennial Walk Through Paradise Garden, pictures that are notable for not being the work for which those photographers are acclaimed, regardless of whatever commercial success those individual pictures have found (Erwitt has commented that his snap, made of his wife & baby daughter, essentially paid for that daughter’s college education). 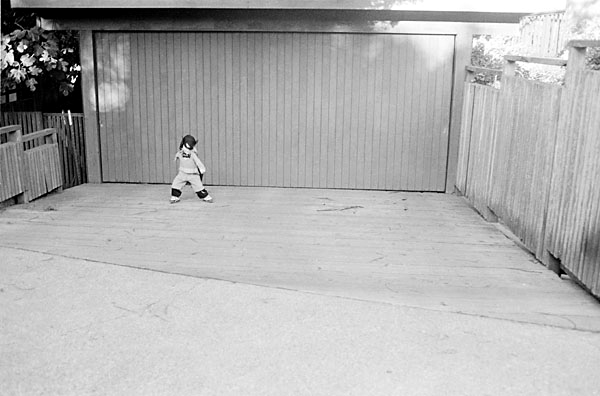 There are a few men approaching but skirting past this dream landscape. An obvious example and another APUG wanderer might be Napa’s Michael McBlane, whose black and whites similarly revel in the beauty of children’s clear faces in soft light but like most male portraitists seems a bit more formal, more distanced, more willing to work in the studio… dare I say a more results-oriented approach?

It’s not hard to think similarly of Nicholas Nixon’s family photography, which reveals its emotional core only through a formal approach and his relentlessly demanding mastery of large-format technique.

What then might be a typical male approach? Surely father love their children as dearly as mothers do. Is there a “typical” stance? And if so, what role does the gender of the photographer play, where are its strengths, its soft spots? I ask myself this while looking at pictures like the above, pictures I made when my children were small and when, as a newly-single dad, perhaps (perhaps) I had no choice but to me Mr Mom in practice and in spirit. Have my pictures changed since then, in a way that reflects more than just the greater age (and diminished patience) of these two beautiful subjects?

One of the more interesting dad photographers is one I actually know: Todd Deutsch, who manages to find his own view with a lightweight fluid camera in photos like this one.

Conclusions? None. Then again, I prefer photos that are questions. 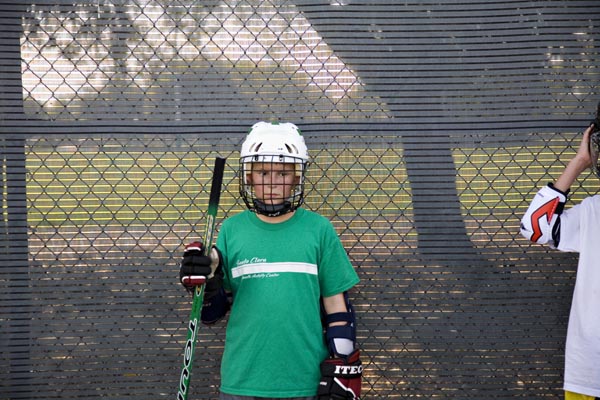