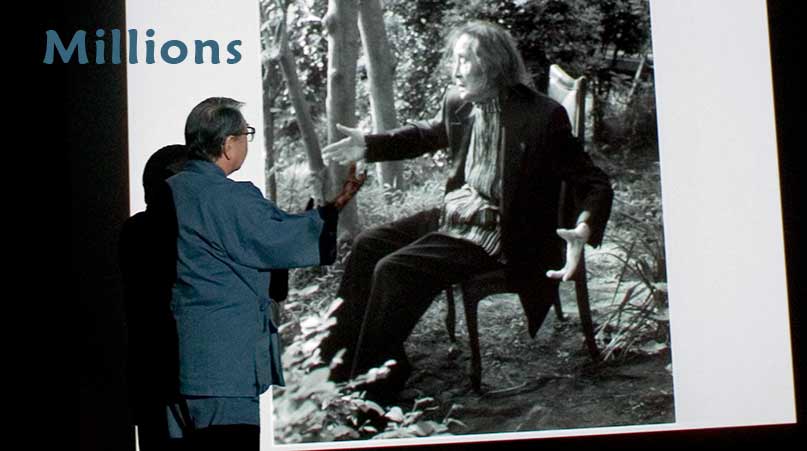 I really should have anticipated that after attending WebZine I’d be spending a good chunk of time picking-through all the many blogs and bloglike web resources that I’d see there. doi! In fact I’d already started before WebZine began, and the pace has increased significantly.

Not just the many sites that were featured in the official schedule, but the sites of the volunteers too — most of whom I knew a bit, but many new to me — and also taking the time to catch-up on some of the blogs of my friends and acquaintances, which have been illuminating and exciting in their own ways. There are people who I know who are much cooler than I realized (sorry guys for not realizing it sooner).

There’s already been immediate cross-pollination: meeting someone at WebZine whose blog led me to their company and it turned right back at my professional life over at the office. Wonder if that means I can expense-account the Bacardi…

As much information as I’m enjoying from WebZine’s online shadow, the live experience itself was deeply worthwhile, it was a fantastic on-ramp for me as I merge back into the life of Kevin as a single-passenger vehicle. I blame no one but myself for it, but for the past couple of years (since moving here from Hawaii, at least) I’d largely abdicated all maintenance of my social life outside of a few photographer buddies, leaving my non-working life to someone else’s management.

WebZine, full of friends, new friends, re-interpreted friends, and nary a conflict in sight, was a much-needed burst of sociability. It fit well into the P.O.R. for my General Worldwide Social Plan: to apply broad efforts to reconnect with old friends; to connect directly to solidify and differentiate relationships with a number of interesting friends and acquaintances whom I previously only knew through joint socialization; and to expand my social horizon by going ahead and just getting myself out there in the world.

I’ll work-out a more formal list of Key Objectives and Metrics later, right now I just want to spend time with People Who Are Not Me, because they all seem pretty darned cool.

If I have my way, I’ll see at least one friend outside of work every single day (or make a new one outright). I’ll go further, and say that I’m keen on discovering something new about each of them as I do it., even if I end up seeming a bit of a pest to a few.

The downside (?) of this is the realiziation that I have more friends and activities than there are days of the week, even as I’m piling-on the additional personal podcasts and watching my stack of library books steadily grow (four books just today, Bowlby’s Attachment, Separatation & Loss, and Anxiety & Anger joined by the more-recent Ethnography in the San Francisco Bay Area, III stacked atop the Michael Kenna collection — thanks, Library Elf!). Who’d a thunk it?

The other big event of the past weekend was the Eikoh Hosoe lecture at SFAI, sponsored by PhotoAlliance. As mentioned before, my admiration for Hosoe is without bounds. Having him sign my copy of Ba·Ra·Kei — Ordeal by Roses was exciting. To meet Hosoe at the reception & talk to him, and then to see him with his photographs, standing among them and interacting with them, was an enlightening & moving experience.