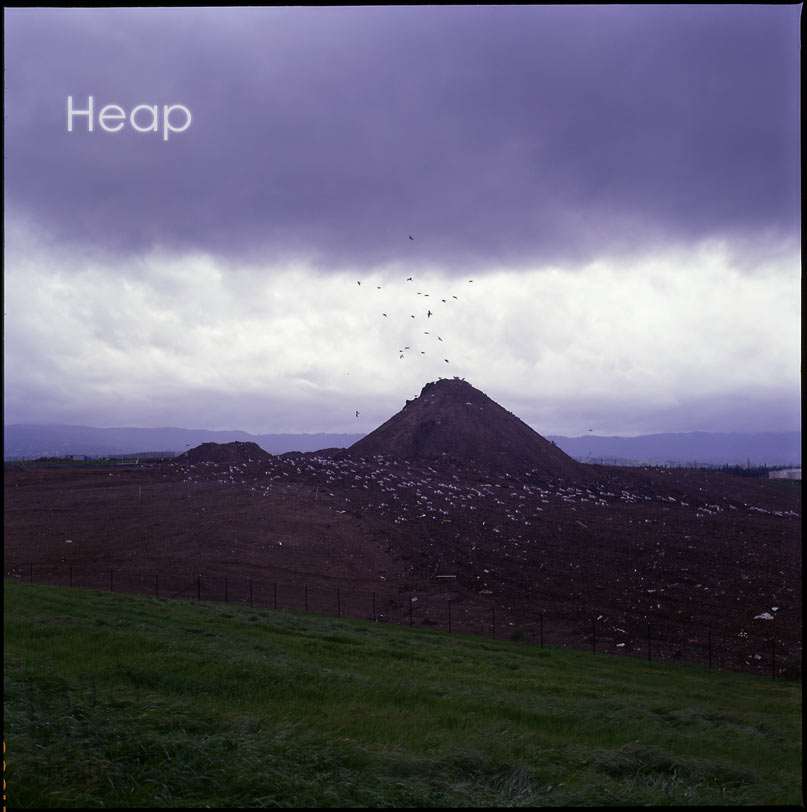 Sometimes journal entries gestate for a bit, maybe they just ferment. Or rot. This one’s been in the mulch for three weeks, even as other entries came and went. Maybe it could be several different posts. This is what I have tonight, rambling and ranting.

At the last Bay Area Photologgers event over at Cafe Reverie, there was some talk about the Creative Commons Copyright. I’m not a big fan of it, it seems to be just one more bit of legal grease for the ongoing zero-cost transfer of all creative rights to the hands of publishers. What’s wrong with the existing laws, why is Creative Commons needed? Are people that desperate to feel validated by commercial publication?

Call me jaded, but it doesn’t work for me. Especially when you know just how much commercial image theft goes on already. Don’t believe me? Try this news tidbit on for size: SAA Trial Reveals High Rate of Commercial Misuse of Getty Images Online.

Why would anyone think that making pictures would be a good idea as a business? Sometimes it looks like playing drums or autoharp would be a safer career move for most people.

Is there a sensible business model for photographers? For painters? Musicians? Anyone?

The media world has changed a lot over the past years, but one thing has stayed consistent: the steady vortex of value that centers around the priveleged and powerful publishers (now “diversified media corporations”), who seem more determined than ever to make sure that no creative person can own any of their own output, or find any significant venue that’s not under publisher control (even as publishers lobby in Washington to extend non-author copyrights, to protect the value of their long-vested properties). Even individual print sales are now as much a corporate business as a personal one, as yet another PhotoTalk post informs: Selling Prints: A Dead Issue? The Biggest Success Ever? Success for whom? Not, apparently, for the photographers and other artists whose images are being printed at a profit by the publisher.

At the same time, technological change pushes from below. Our society is more dependant on images than ever, but more awash in them as well. The torrent of snaps just keeps coming, and the signal::noise ratio keeps going down. It’s perhaps partly driven by the electronics and communications industries, whose pricing is in turn dominated by Moore’s Law. Every 18 months electronics density and speed doubles; or in other words, prices drop by half. So chip manufacturers have to keep producing ever more powerful and faster chips just to stay in business, or compete against their own previous successes. Digital cameras enable more good work than ever (mostly executed by folks who were already producing well before they ever had a digi), but they also bury us in roughly-properly-exposed bright colorful and largely empty pixels.

As electronics go, so too go images: each new wave of media tools brings with it waves of pix. One of the latest tools has cropped up close to home in a manner of speaking: my old buddy and housemate JBum and his flickr color picker — or better yet his flickr graffiti color picker (Are we convinced that colorfully “arty” digi grafitti shots are a cliche at this point?).

This sort of tool is perfect for graphic design hacks who really don’t care about content, just that they fill frame “X” on a web page with color #a0df30 (and despite Creative Commons, they may well make off with the pix without so much as an email “thank you,” much less any sort of proper rights agreement). Just so much decoration, a perfect expression for a world in which people will bang through 700 frames in an afternoon (or “15,000 pieces of crap”) to get one mediocre one, rather than spend the time to work on one really good shot. As Ken Kobré has pointed out, even photos that wire services commission end up being just so much tiny-rectangle filler, something with little function other than to occasionally break up the visual monotony of long columns of text.

Okay, I’m complaining… but not really. This is the nature of the world circa 2005. If I expected it to hold steady at 1996 or 1986 or 1956, that would be complaining. Instead I wonder: what’s the best way to embrace this circumstance, and what is likely to come in the future.

The flickr model seems to be to just open the faucet to full — the owners of the pipes make some money by the force of raw flow, while image-consumers make money by grabbing pix, publishing them without payment while copyrighting the resultant pages and selling advertising space (e.g. “America 24/7” and its many variant derivatives). Actual picture makers get… well, nothing, including even a lack of recognition.

One alternative for image makers is the Big Art model — use the technology to make a small number of cool but exclusive objects, say giant Burtynsky or Gurky or Höfer prints. Great for the two dozen Top Artists who can manage that, pretty poor for everyone below them in the Big Art pyramid.

Another model is to separate Art + Commerce. In other words, get a day job. Subsidize yourself. The most common by far, and for most of the good shooters I know, the most effective strategy. In fact it’s the strategy of choice even for Big Names: teaching workshops, giving lectures, occasionally shilling for Kodak — they’re all day jobs, peripheral to the task of making art but crucial to subsidizing the Real Business: being able to make things that you love.

One under-represented aspect to the digital wave — under-represented in that few people talk about it — is the growing challenge of redaction. That is, picking which of the afternoon’s 700 shots is worth posting to the web or printing. If any. Sadly, too often it feels like people would prefer to skip that step entirely. Web page upon web page of numbingly un-redacted galleries. New 1GB card will hold 500 shots? Post all 500! Oy.

Photojournalists know how much of a hassle (and often an unpaid hassle) redaction can be in the new day of digi. Others are getting used to it. What’s funny is its absence in the general literature of photography and photo technique. There’s no shortage of books about collectable Leitz accessories, about how to use the Zone System, about developer solutions and history of Chinese news photography; lots about selecting slide films or strobe units or telephoto lenses; but very, very little about selecting photos from a pile.

This issue has been known for a long long time — Cartier-Bresson insisted, when reviewing portfolios at Magnum, on seeing not only the portfolio shots but also the proof sheets, to “see how the photographer thinks.”

So multiple images are good — except for the raw tedium of picking through them. Whether it’s flickr or photo.net, the fact is that the steady flow of middling pictures being published on web sites far exceeds the capacity of anyone to actually view it. And then services that should be cool and interesting just become another uninteresting chore, when you need to cycle through 50 or 150 web pages to see one actually compelling snap.

In The Treasure of the Sierra Madre, the theory is set forth that what makes gold valuable is not inherent in the gold, but that it “collects” value from all the rocks that are not gold, and the vast labor of many people that’s been spent looking for, and not finding, actual gold. To a degree, finding golden shots is much the same. It’s just frustrating when so much brass is published in place of the Real Deal.