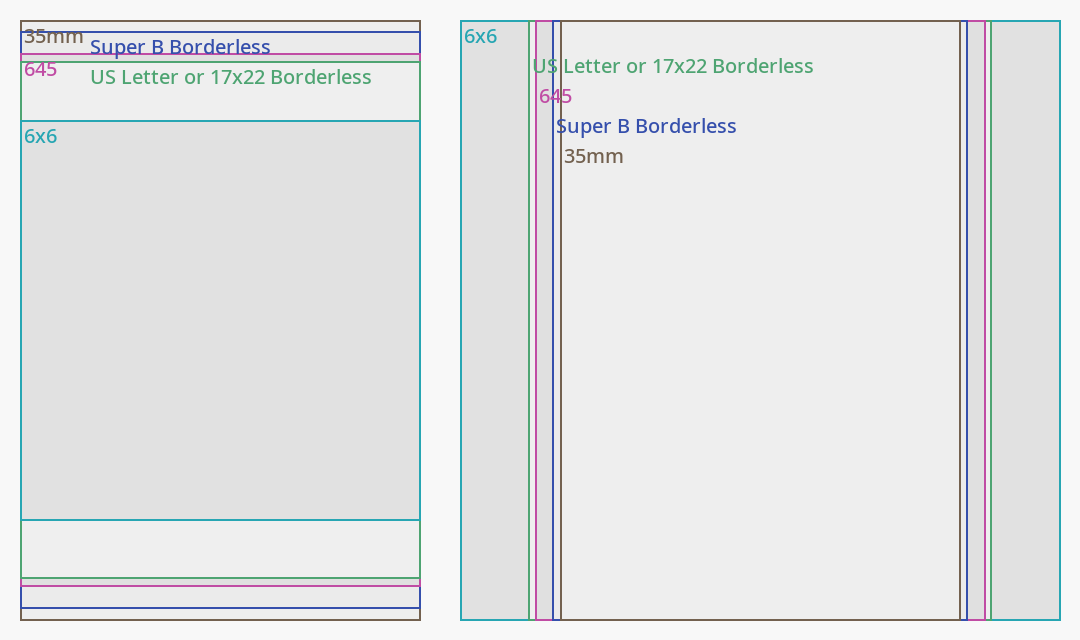 I made a small tool to generate this little pair of charts comparing print and aspect ratios because I simply couldn’t find one laid out this way: all centered to show the letterboxing for one axis or the other. The charts I could find invariably radiated out from the corner, which is less useful (to me) when preparing prints from existing images where the aspects don’t match.

While these charts include only the frame shapes I typically use, it’s easy to regenerate any variant you like – other sizes such as 16:9 or A4 paper are already defined in the tool: this Colab notebook. Alter as you see fit, run the notebook, and a new chart will appear in roughly a second or two.