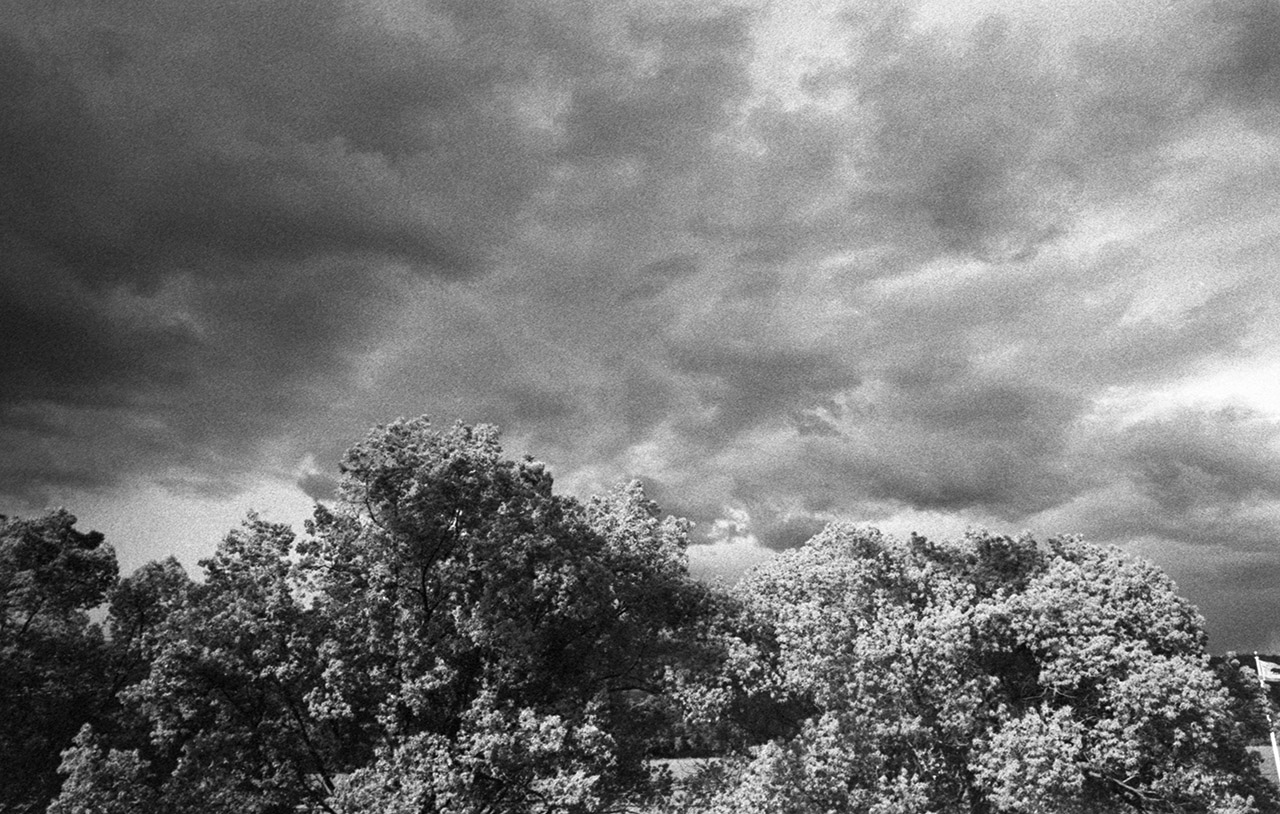 Close to the last exposures on my 15-year-old spool of Neopan 1600, rated variously at ISOs 100 to 400 and attempted in Rodinal, D-76, and X-tol. I adored this film when it still had a rating of 1600 – but today, expired and degraded, there’s too much pain and grain for too little gain. The next sixteen rolls in the bulk loader are HP5, and Pan-F is on deck.

As a learning/relearning opportunity, sure. It’s been a surprise to realize how many of my old film skills remained, but also how many had been forgotten or erased by a decade and a half of digital shooting. The biggest challenge in relearning is trying to sort out what you know from what you think you know. Or thought you knew until the negative comes back thin and soft-focus as a cloud’s ghost.