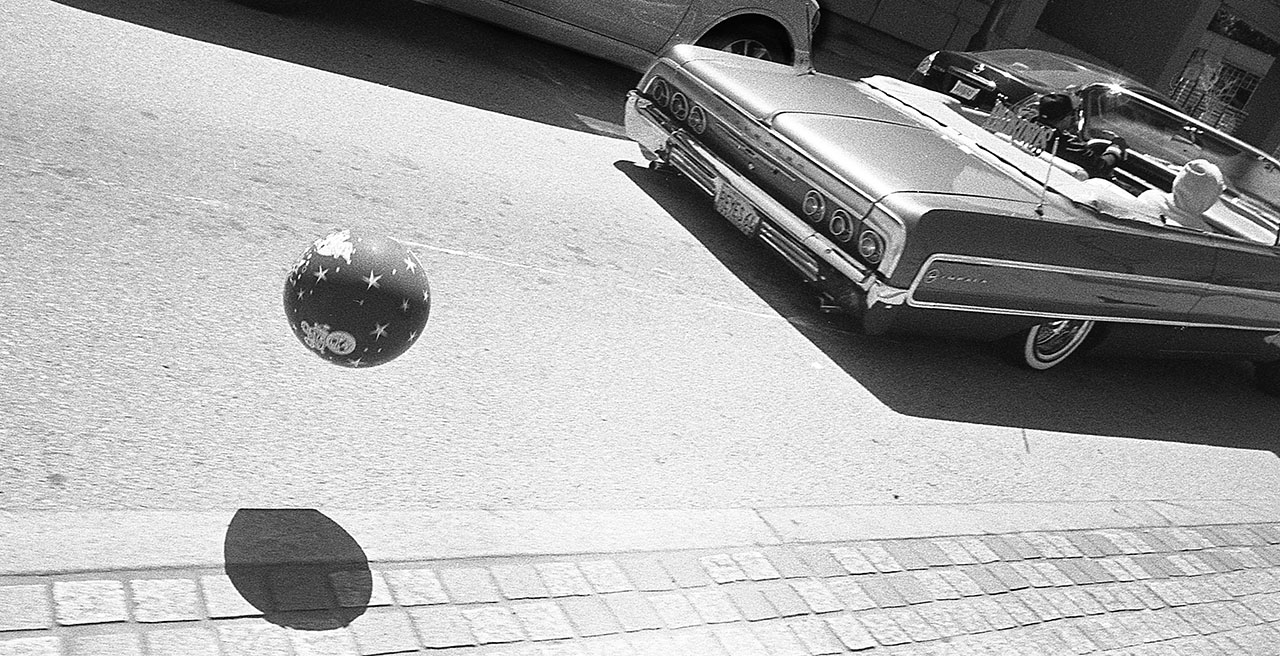 Light leak. You can barely see it here, up the middle of the frame. Of all the rolls I’ve run through my old CL thus far, only this one roll shows a leak. Later or earlier: nada.

On this roll, the leak’s spaced between multiple frames: three apart, then six, then eight… and each time, from early frames to later, it moves to a different location, each becoming smaller for the higher-numbered photos.

My guess: a pinhole-sized burst of light got into the film takeup chamber, late in the roll. Maybe from the frame counter. The dot of light scattered down an angle into concentric, more-tightly-wound, parts of the film.

And maybe this was just for a brief moment – most frames, no problem. Later rolls: great. Either way, annoying. A cost for using this little 50-year-old box.