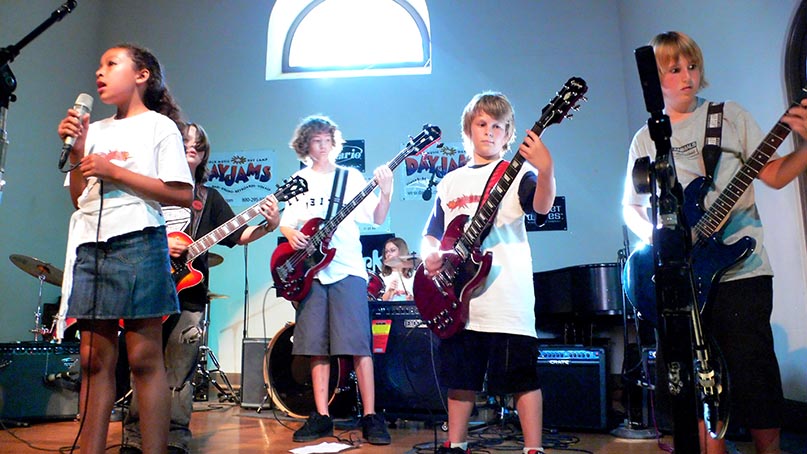 At the moment, my iTunes library has just grown over the magic five-digit mark: 10,000 tracks. Or 51.9 GB. Or most importantly, far more than I can casually browse.

I like iTunes' "Smart Playlists" function and use it a lot. I have more smart playlists than "regular" playlists in fact, mostly because they can be used as inputs to other smart playlists.

For example, I have a smart playlist called "-No Talk" that eliminates anything tagged as "Books & Spoken," "Dialogue," "Sound Effects," and so forth, and I usually use is as an initial restrictor when building playlists based, say, on how many stars a track has been rated and so forth (examples below).

Smart playlists are handy in this way for either paring-down or joining tracks that iTunes doesn't see are connected by itself: combining Death Cab for Cutie and Postal Service into a "Ben G" list for example, or collecting all the tracks relating to Beethoven, or Ben Folds and his various ensembles (including Shatner).

Lists based on lists are the only way you can combine "logical and" and "logical or" operators on conditions (called "all" or "any" in the smart playlists dialogue) — for example, if I want to get all tracks labelled "Pop" or "Rock" (by genre or potentially by a "hidden" field like "Grouping" or "Comments") but none with a ranking of lower than four stars, I need to use at least two smart playlists (simplified here as an example):

Combining and intersecting playlists and conditions in this manner is probably the only way I'd actually ever get to hear a lot of the music squirreled-away in my iPod at this point. I have a number of playlists based on variations of one I call "neglect":

In plainer English: music tracks that I've rated as ones I like, but haven't played in a long time. Variations on the idea usually focus on genres, or intersect with some other playlist or another.

With the multiplicity of playlists calling other playlists, I've tried to keep some order among them in the pulldown menus (which are alphabetized) by using extra characters like "-" and "." in the names of lists that are meant purely as "abstract inputs" (like "-No Talk").

One set of playlists is based on a root playlist called "Bunch of Stuff I Like Right Now" — I stick in new albums as I get them, or stuff I know I'd like to hear more often but not based on its star rating. And likewise I may remove whatever based on... well, whatever. Basing a bunch of different playlists on the one lets me explore new and favorite music in novel ways while only having to maintain a single list "by hand."

Lists based on that one are variations on my standards, with relatively descriptive names: "Bunch o Faves," "Bunch o Neglect," etc. Like many computer-related topics, most of the interesting things happen when the structures of algorithms collide and combine with the unstructured intents of the user (me).

Everyone who uses iTunes for a while seems to have their own organizing scheme: I ran into one woman DJ a bit ago who kept all her tracks indexed by the comment field, and had inserted the BPM counts of every track in there so that she could be sure to build lists with consistent rhythms (more work than I'd ever put in, to be sure).

As flexible as it is, I still often wish for more: particularly conditions that might aggregate values or relate them, so that I could create selections like "albums that contain at least two tracks that I've rated as *****" and so forth. There doesn't seem to be any way to really manage the relationships of groups of tracks, only (in limited ways, such as date stamps or alphabetic order) between individual tracks.

(Added)And how could I forget regular expressions, or at least wildcards?

Maybe someone knows of tools that could piggyback more functionality into playlists?

Some other smart playlists that I've found useful to balance familiarity and variety:

If anyone has suggestions for their own unusual or cool playlists, let me know — I'm easily entertained by this sort of thing, heh.

As an aside, it's astounding to me that no matter which track I can pick randomly, once it starts playing, I can most always remember it — and such memories usually are embedded among others such as some location where I heard it, who I might have been with at the time, and so forth — the music very often serving not just its own function but as a trigger to other, often emotionally-based, recollections. To me it's a vivid illustration of the fluid character and complexity of memory — how we are not just tape recorders and cameras, but much more (and sometimes less).