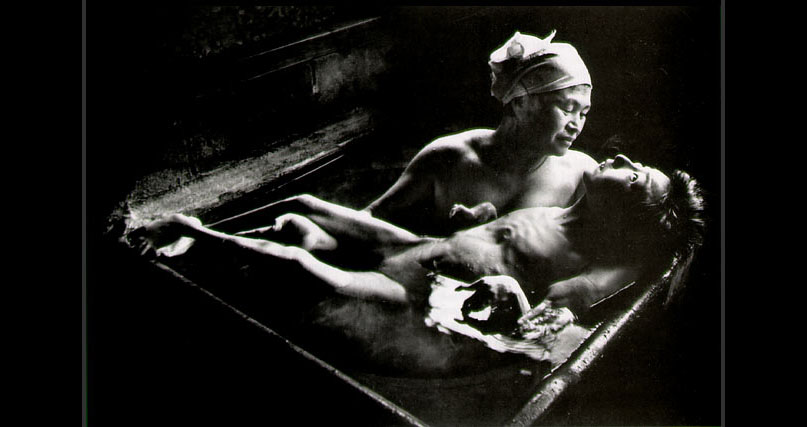 Obviously this shot isn't mine, but I've decided to start including some shots that I've felt strongly about, shots that I think have had a direct personal effect. Unlike Roland Barthes I don't think first of family photos. Neither is it some list of "my favorites" or "greatest" shots. They're just shots that changed the way I thought about pictures and picture-making.

Over the past couple of days I've come to recall and identify so many shots that really connected to me, really stayed in my head and defined or especially re-defined what a picture can be. I've scribbled-out a little list in my personal notebook, and at the head of that list is W. Eugene Smith.

My parents always had Life magazine around and its influence on my early awareness of pictures can't be understated. I was probably twelve years old when I saw Smith's pieta, "Tomoko Uemura in Her Bath." At that age my initial reaction was terror. As much as I came to admire the radiant love of Tomoko's mother in this shot I can still remember the twelve-year-old shock and fear of drowning helpless in the black, black water.

I was already interested in photography, but was distracted more by equipment than by pictures — this photo is one of the earliest I can remember that grabbed me like this one did (still does). The smoke, the pool of light and the encroaching claustrophic black.

I had no idea what kind of film or equipment Smith used — to this day I don't, and don't really care.