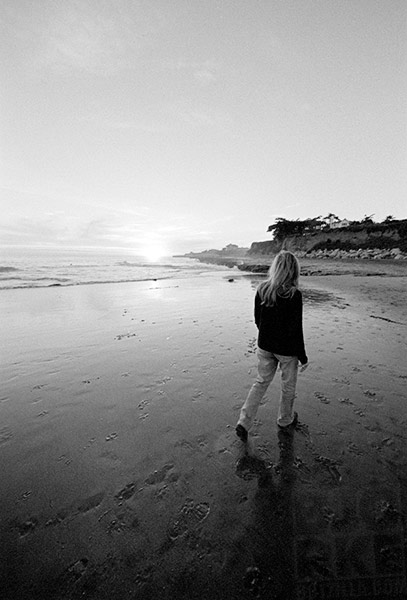 This morning, thankfully, I'm not sore. Small craft advisory. Picture it this way: have a friend pull you into a full-body straight jacket, add a 50 pound backpack, and leap headlong into the washing machine, set to cold-water "agitate."

Looking at the picture on the right you wouldn't think it was all about to shift so strongly, but the water can be that way. Fickle.

Long story short: no Advance Open Water certificate for me this past weekend. But in its stead I got three others: two extra specialty cards and (with the expected Nitrox cert), that got me to an "Adventure Diver" cert.

I still need an extra deep dive for A.O.W., maybe I'll try to scare up a boat trip in the coming weeks. This past week the choice was simplified; the boat simply refused to go out in the heavy weather, with 13-foot waves at the buoy and the breakers splashing up onto the parking lot at Whaler's Cove. That left Monastery as the only other deep-water possibility in the area, and no one was willing to swim there in that weather either.

So we went from shore in 40-50 feet of back-and-forth crashing where the visibility was occasionally shorter than the distance to your fingers. Crazy? Nah. Perfect conditions to test underwater compass work.

The surf was tough, no doubt. My instructor got whacked on our first exit and lost a prescription-lensed mask. I got hit on the same spot seconds later — my mask tore down which saved the mask but yanked my regulator as I was trying to crawl up onto the beach, and the force pulled hard enough that at the same moment my left leg siezed in a piercing cramp.

"Great," I thought, "I can't see, can't breathe, and can't move." But oddly I was entirely unafraid. I figured I'd wait five seconds, get the reg back while the surge subsided, and started to do that as the other leg cramped and I twisted sideways. But now I could breathe, so just wait-out the cramps.... when a pair of guys came charging down the beach to lift me out. Thankfully I was able to stand, despite the cramps.

An hour and half later: back in the water! Still tough, a number of troubles, not just for us — two guys lost a DPV on the same beach a little while later. We had buddy separations, more tough exits, and I struggled the whole weekend to keep my air consumption under control. Ride the surge, don't fight it. Unlaaax. Six times over the weekend and the challenges slowly subsided until the last two gorgeous dives in the sunny kelp with the company of little octopi, crabs, and buzzing sea lions. Terrific.

Hit the pillow Sunday night like a block of granite.

Hey if it was easy everybody would be down there mucking up the water.

(Actually, on a calm summer day it's been reported that as many as 500 divers may be mucking around Monterey at a time....)

Of course, with weather like that there's not much worry about humans mucking up anything -- plenty of particulates already tossing around.

Next challenge: finding a good deal on a Mares Isotherm 6.5 semi-dry suit...