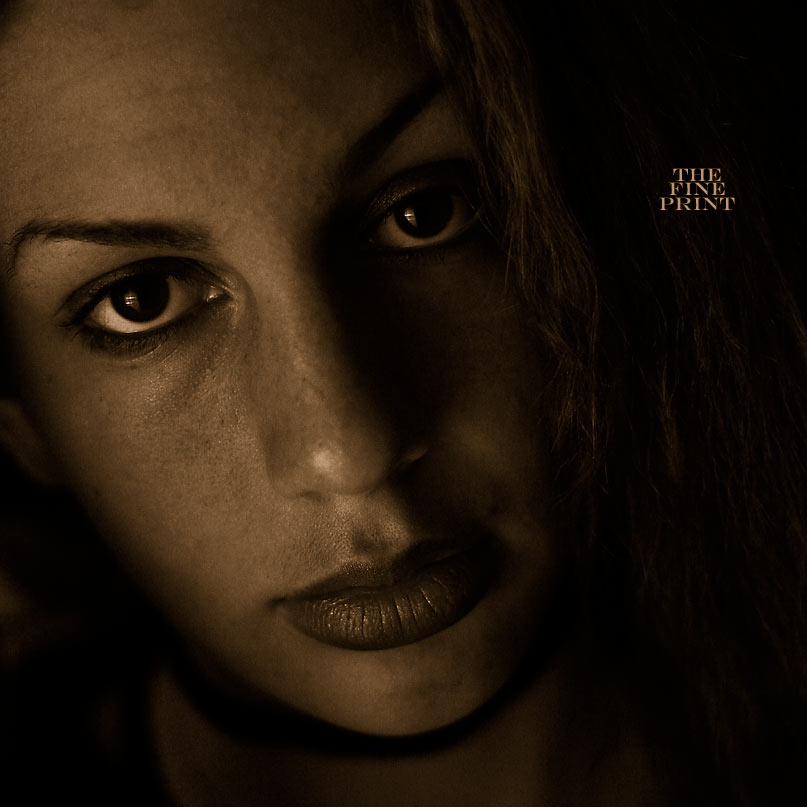 It's always in the details. This weekend finds me printing and reprinting comparison pix, looking at differences between methods: between digital and medium format film cameras, and between different ways to print their results.

Since the beginning of the year I've found myself increasingly dissatisfied with prints smaller than 8×10", printing 11×14 and preferably larger. The Epson will deliver a predictable solid 12x18 from 35mm format digi, or 12x12 from a MF negative. And even that seems small a lot of the time...

Part of this inclination toward ever-larger paper came from printing the extended-family photos made at Christmas. I could print the faces at nearly life-sized, and was terribly excited by their immediacy. That immediacy, of the image and the object of the paper itself, is not something that can be carried on a smaller print or a book, much less on a web page. Calypso will make me prints even larger, for a price (a pretty reasonable one). Thursday I was looking over some of their B&W Lightjet output, and they've done a fine job at getting tones out of both the low and high ends of the scale.

Last night Rebecca & I visited an opening reception at Modernbook in Palo Alto, mostly to see Brad Evans and his prints (Brad also introduced us to Jeff Spirer, who has a show in SF in the coming few weeks). At least one of the artists in the group, David Hibbard, had printed most all of his work at Calypso.

The gallery also had, in the upsatirs area, some Mona Kuhn prints (annoyingly, I missed her show there, which was hung while I was out of town). Like the ones Courtney & I saw last weekend at Scott Nichols Gallery, the prints are moderately sized. Well within the reach of the Epson. It's good to remember that big and better are non-aligned factors (even as I brood over the printing techniques C & I also saw last week: 2- and 3-meter prints by Thomas Wrede, Candida Höfer, and Michael Wolf).

The detail comparisons are the obvious ones. Can a 2K×3K digi-cam image stand up next to a 5K×5K scan from a 6x6 negative? I keep asking this same question. My feeling so far is that the MF always wins on tonal range and the look of MF bokeh. My MF cameras these days are my old YashicaMat and a recently-acquired even older cheapo one, but at f/8 or higher they are fantastic in tone and sharpness, easily close to the level of a Rollei (flare notwithstanding). The digi is the Cantax. The Contax Zeiss glass really seems to pay off best as the sensor gets smaller. It's also a flatter field.

In raw detail from the scene, the digi holds up well against 6×6 TXP and Neopan 400, processed in Rodinal 1+50. Though the visible grain of the film itself could be considered an extra edge. Against Neopan Acros, the old Yashica wins again. Guess I'll be using more of that — at the moment, Acros is one of the cheapest MF films that B&H stocks. Sodding chore to scan it on my flatbed, though.

The second comparison is between B&W printing via Harrington Quadtone RIP (I'm still on the version 1) and printing directly to the Epson driver as a duotone. I'm a sucker for the brown tone but fear metamerism or worse. Still, some pretty sweet-looking shadows.

PS: Yes, I know that Kyocera this week announced that all Contax film camera production is halted, and digi by the end of the year. I almost never seem to buy any gear new anyway, heh.

Comments on "The Fine Print"

And even that seems small a lot of the time...

Are you sure you're not turning German? ;)