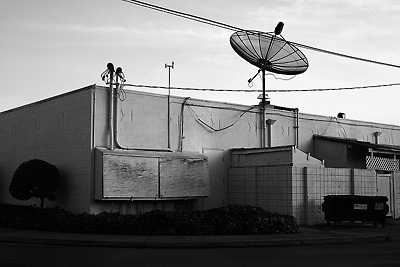 This morning, on a lark, I decided to make a posting to orkut.com, a "Social Networking" site a la tribe.net, friendster, ryze, etc (actually Orkut is regularly accused of being a tribe.net clone, though it is distinguished by its "invitation only" membership roll).

I'd noticed that after an initial flurry of activity when orkut was going through beta pains (back around February), and then an explosion of new users when it was opened to the public, that it had become somewhat somnolent since then.

Advertisers are keen on exploiting sites like orkut because they feel they can capitalize on the "trust factor" — the theory being that users can be manipulated my word-of-mouth and "grassroots" campaigns via these services. If someone recommends something from within your "tribe," then you'd be more likely to go try it (or more importantly, buy it).

This of course is silly because it violates the very nature of trust — it's something earned over time, not simply assigned as a database entry. It hasn't stopped people from trying, however, nor has it prevented the creation of groups like "Social Networking Entrepreneur" communities on Orkut itself, where like-minded folks get busy convincing one another that Big Profits are lurking Just Around the Corner ("next quarter, really!").

So my test was simple, and took less than five minutes to set up (less than this entry, by far). I would send a message and ask people to click on a link over at photoblogs.org, where they would be logged along with the time they clicked the link. I would know how much "action" Orkut could really generate. I logged onto the "Photography" community, where I was already an active member, and pushed the "send" button with this message:

Hi Orkut "Photography" members, let's try an experiment to see how influential Orkut users can be.

Here's the experiment: Paste this link into your browser:
http://www.photoblogs.org/update-list/?domain=botzilla.com&action_id=2
(sorry, Orkut's messages can't seem to include direct URL links!) and list "botzblog" as one of your favorite photoblogs. The database will record your vote -- and importantly, WHEN IT WAS CAST.

(You can find the listed blog itself here: https://www.botzilla.com/ -- click on any of the photo links at top to see more photos and photo galleries)

In a few days, I'll send out the numerical results of the experiment, to see how many of our 2800+ "photography" members participated in the experiment, and what effect it had!

Thanks for Playing,
Kevin Bjorke

I repeated the message to the much-smaller "Photobloggers" group, which I figured was almost 100% a membership subset of "Photography." Given that it was a blog-related posting and the idea had come from a discussion on that group, I figured should put it there too.

The population of "Photography" this morning was 2831 members. The population of "Photobloggers" (probably entirely a subset) was 200. So a sample size of around 2800. I figured that many, if not most, people receiving the message would promptly delete it, unread — which is what I often do if the message isn't obviously and immediately interesting to me. I also figured that most of Orkut's user accounts are as torpid as they are on most other user groups and mailing lists (for example, the streetphoto list has around 800 members, but about 20 or 30 (far less than 5%) seem to generate all of the list traffic).

So assuming a 5% participation rate, and a 10% readership rate (all the rest are promptly junked, or just left unread), I figured about fourteen readers. And this from one of Orkut's largest community groups. What kind of advertising would go after such a paltry target? Why is this "untapped market" getting written up in Variety?

Fourteen people, if my note convinced all of them, would be enough to measure, though not enough to significantly affect the general database on photoblogs.org, where "successful" sites typically have hundreds of connections. The experiment would be below "noise" level to that system.

Over the next few hours, a half-dozen people did indeed click the link — and even pass through photoblogs.org's registration process to get there (you can see some of their names here on the photoblogs.org profile page for Botzilla — I've had some fun reading their blogs). I got a supportive email, a couple of fresh blog comments, and three mildly caustic emails accusing me of spamming the community rather than using the public online forums (though I hardly invented the "send a message" button -- it's there on the front page of the community site! Clearly that function is part of the intended design function of Orkut).

This evening, I decided to check into another part of Orkut, particularly a forum on "lowercase semantic web" design, set up by Tantek Çelik of XFN fame. My interest is is trying to build a standalone search method to provide something that photoblogs.org dropped — a method to look at the <meta> keywords of a site and find other sites with "best-match" similar keywords (for example, a scan of botzilla's keywords shows multiple entries like "contax," "black and white," and "london" — another site that had multiple matching keywords would be designated "similar" and thus of possible interest to me). So I wrote a brief query to the forum.

Surprise! No go. My account has been blocked, locked, silenced.

Despite a stated policy of not stomping on accounts without email notification, for some mysterious reason Orkut decided to can me for sending a single, simple message to members of a community in which I was a highly active member. Hurrah! Glad to know Orkut's got a firm grasp on the meaning of the word "Community."

Followup, 1 April: Orkut has restored my account and blamed the "jailing" on "an automated system" (one that apparently takes a few hours to kick-in)

You should've been suspended for a while longer, since you clearly have no remorse for what you did. The folks on Orkut -- especially those of us who got your drivel twice -- aren't your personal guinea pigs. You're positing what you did as an "experiment" but the element of personal gain was fundamental and unquestionable: if people clicked the link, your ranking on photoblogs.org would go up. It wasn't a question for the community (I get those routinely, OSX folks get asked about apps or for technical help, Movable Type folks get asked for CSS help, etc.) nor an invitation to join a related Community, it was just crap for your own kicks. It was highly annoying and highly juvenile. I sincerely hope you don't try it again.

Hmm, I was direct, honest, used my real name, and promised to share my results. For those who have listings on photoblogs.org, I logrolled their "favorites" tags -- so they benefit as much as anyone. Yup, pretty juvenile.  KB