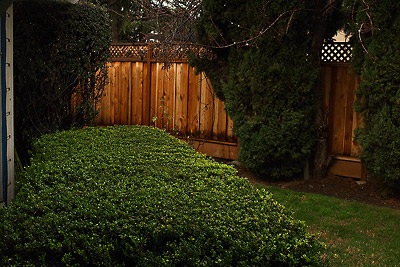 As Courtney recently wrote, we have succumbed to the evil that is TiVo. While the kids were quick to set up Seaon Passes for their favorite cartoons, TiVo finally gives me the chance to for more esoteric exploration of whole channels at a time, rather than whatever's on between the hours of 11:30PM and midnight (normally my only times for TV watching).

The two channels I've finally managed to get a good look at are the news-junkie specialty channels, Discovery Times and Link TV.

Discovery Times is currently running (and re-running) a short series on war reporting, particularly broadcast reporting and photography: Reporters At War. This was the series that drew me into the channel. It's also been running a recent series on North Korea, a place that seems more bizarre with every look (anyone have hints on how to see the movie Pulgasari?).

Discovery Times is the only commercial news source that seems to bother with covering anything other than today's top stories. After a couple weeks' worth of watching I'm happy to report that I still haven't seen a single snip about Kobe Bryant, Paris Hilton, or the final episode of Sex and the City. While much of the news is, bluntly, depressing — it's hard to feel "entertained" by tales of Korean cannibalism or an analysis of skyrocketing American traffic congestion — I'd rather see that than another season of Friends-related advertising masquerading as "news" to satisfy the increasingly-lax requirements of the FCC.

Link TV is more-or-less non-commercialized and goes one step further, running news that Americans would otherwise never see, except as filtered snips through CNN or Fox; they run bits of Al Jazeera, locally-made documentaries on the innovative Indian computer industry, isolated Jewish settlers or the Palestian families behind the miserable Apartheid containment wall (which the American corporate media only grudgingly mention at all), teenagers in Sarajevo and Belfast... material that's normally never seen in America because of the US's terrible provincialism (and corporate sponsorships).

Depite all America's other legitimate claims to diversity, American media-driven mental culture is sadly closed to any voices but the familiar ones. And what American commercial network would run a documentary about how McDonald's is using and abusing the courts to crush dissenting opinions about their fraudulent advertising in third-world countries like, say, England?

Finally, the TiVo found a show I'd previously been completely unaware of, on a network I'd never known existed — Nature's Best Photography, a six-year-old documentary series profiling nature photographers hosted by Bob Krist and sponsored by Nikon. It's waaaay up in the 600's on a channel called OLN ("Outdoor Living Network"). The quality of the show is uneven, but with the occasional nugget of interest, particularly when they are interviewing successful shooters about their work and work processes.

I'm not a huge fan of the "Outdoor Photography" aesthetic, since so often I feel it lapses into a collective hallucination — a world of unspoiled beauty, somehow free from the hand of humanity (and safely contained in a photo or TV screen). On most episodes some interviewee will wax at length about how wildlife and landscape photography are crucial tools to promote conservation and protection of the natural world. How ironic, then, is this show on OLN, interupted every seven minutes by another SUV commercial or an ad for other OLN shows on ATVs, high-speed logging, or dirt biking. It seems that the average OLN viewer, like many Americans, measures their enjoyment of the outdoor world by how much noise and violence they can personally impose on it. This morning I watched an episode (the first one?) on Joe and MaryAnn McDonald and the Valley Land Fund Wildlife Competition, where the organizers and photographers repeat the theme of conservation at each shot setup, even as they are interupted by an ad for DR Chipper — an ad composed almost entirely from images of "outdoorsy" people feeding large chunks of forest into the shredder.

Beautiful colours, and the light is extraordinary.