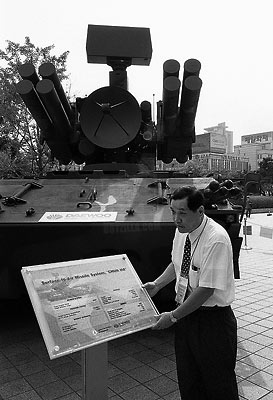 Tomorrow, "officially," is the day of election-like activities in Chechnya.

I'm surprised — alarmed, really — at how many Americans are blissfully unaware of the situation in Chechnya. We think the war ended half a decade ago (if they were even aware of that), and are unaware of the second war. We remember the Moscow Theatre Massacre, but are completely unaware of the human rights situation in Chechnya. We are unaware of how many Russian soldiers die there every week, in greater numbers and with far less conviction than the U.S. victims in Iraq. We're unaware of how the fighting has spread to Ingushetia, where now the number of Chechen refugees is as great as the original population of the republic, and how the separatists have fanned-out to neighboring states like Azerbaijan (recent new site of U.S. air bases), Iraq, and Afghanistan.

It's easy to wring one's hands over the evils of the world, or to earnestly hope that Somebody will do Something. But even this doesn't seem to happen — these events go on daily as non-stories, not just under-reported but unreported.

People in Spain and Germany march in the street against the US coalition in Baghdad. It's certainly their prerogative — it's great fun to wear a grotesque Bush mask and complain about the oil business. But why do these people say nothing about Grozny? Who has decided that these people, Chechens and Russians alike, are worth so little?

Sorry to contradict you, there, but there are protests against Russian politics and Chechen human right violations alike in Germany. You just don't see them on US TV. To tell you the truth, you don't see that much of it on German TV, either. I can't speak for France or Spain, but I'd hazard a guess it's the same, there.

I agree, it's easy to forget the state of some of the countries around us, as soon as a more media-active spectaculum starts, but in general some causes just flatten out during other crises and re-emerge as soon as the active media coverage of the behemoth action du jour slows down.

Just on the same note, protests against Saddam Hussein and his US sponsored reign happened during the eighties, too, as well as anti-Taliban groups protested the US-aid of Alliances and the Taliban around that time. Just because the media didn't cover it, doesn't mean it didn't happen. And that''s just Washington. I'm sure you'll find the same in San Francisco, Berlin, Paris, or Barcelona.