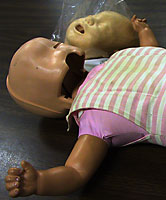 With all the connectivity the net allows, it still can't match the Real Thing of F2FF2F — that's "family to family face to face" for those still living in the twentieth century.

Last night we finally got my folks to come to terms over Chinese food with Courtney's — I think the Hunan chicken was the real clincher on the evening's success (I mean, the day my mom actually eats one of those dried red peppers and then still has some more...). We were quite happy to see everyone at ease and likewise happy and involved.

The weekend has had only one negative element, and that's its lack of time, even waking at 4AM. Friday night out to dinner, most of Saturday was filled with a 9+ hour CPR class, then quick dinner, then additional houseguests until 1AM, then Sunday making a big breakfast at 7AM and all day in San Francisco and the East Bay. Finally caught up with me this morning... started working around 6:30AM and found myself falling asleep again by 8:30. Got to work around 10 or 11AM and stayed dazed until after lunch. Oy.

I brought Rebecca, age 12, to the CPR and First Aid class. They say that you're far more likely to end up using your Red Cross training on a family member than anyone else. I couldn't shake that thought as we worked through the exercises, imagining the victim as one close relative after another (or imagined Rebecca having to rescue me). In the tradition of the actor's studio method it gave me an added incentive to make sure I did everything right, imagining a familiar face in place of the dummy's rubber one — but it also surprised me at the feelings of desperation and terror, and the frustration I felt at human frailty.

Okay, I know that I'm often more-emotional in the morning, especially if I've had little sleep. I can get teary-eyed over almost any movie if I'm tired enough. Winnie the Pooh and the Blustery Day. Really. The class incorporates videos for each section, and began with a scene of a bicycling dad and daughter getting flattened by a car. The neighbors run to help, the paramedics are called, but the tape fades out with one bystander biting his knuckle over the small pulse-less girl. The video never returned to this scene... the cruelty of the filmmakers, to never give this little fictional dead(?) girl a chance or even any resolution.

Later, our friend Asa (a nurse at UCSF) opined: "You know, you'll never use CPR." I can only hope he's right.