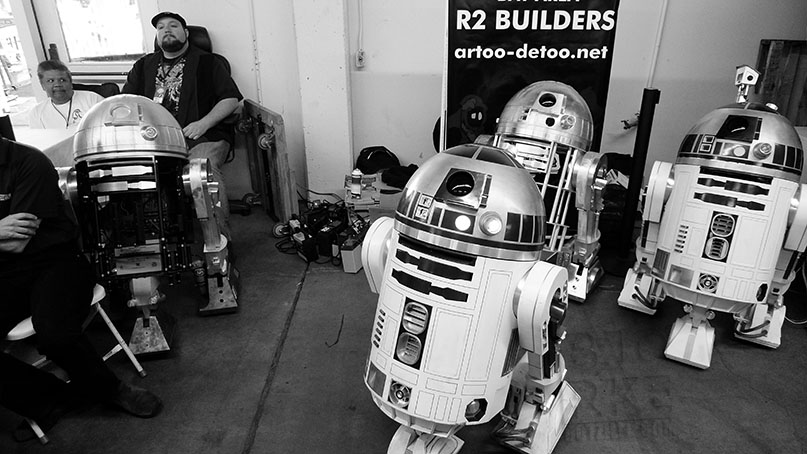 It strikes me that designers themselves provide ample evidence that “Intelligent Design” is a fundamentally flawed idea.

“I.D.” has at its core the same premise as Paley’s “watchmaker thesis” as presented in his 1802 Natural Theology:

In crossing a heath, suppose I pitched my foot against a stone, and were asked how the stone came to be there; I might possibly answer, that, for anything I knew to the contrary, it had lain there forever: nor would it perhaps be very easy to show the absurdity of this answer. But suppose I had found a watch upon the ground, and it should be inquired how the watch happened to be in that place; I should hardly think of the answer I had before given, that for anything I knew, the watch might have always been there. (...) There must have existed, at some time, and at some place or other, an artificer or artificers, who formed [the watch] for the purpose which we find it actually to answer; who comprehended its construction, and designed its use. (...) Every indication of contrivance, every manifestation of design, which existed in the watch, exists in the works of nature; with the difference, on the side of nature, of being greater or more, and that in a degree which exceeds all computation.

An obvious question might be: was the watch left there deliberately? Already, the notion of finding the watch on th heath implies not a deliberate chain of cause and effect, but an accidental one. Even if it was left there with a specific intent, was that intent that Paley find it? Or by coming along with his mind keen on deciding on what things mean before looking at them, has Paley already mucked things up for the watch’s actual owner?

But my point here isn’t to shoot down Paley’s easily-pierced balloon specifically. Rather, it’s to point out that while engineering and technology has been incredibly influential, it seems as if that influence has almost never really gone according to design.

Twenty years before Paley’s book, the Montgolfier brothers launched the first success of a long line of flying inventions. Spurred on with ideas about how to assault the seemingly-impregnable fortress of Gibraltar, their work went on a path that’s easily traced from their sheep, duck, and rooster flights through the first human flight (with a military officer on board, Marquis François Laurent d’Arlandes), to the daily aerial firebombing of Asian and European cities a century and a half later. One could say, in fact, that everything went quite according to horrible plan.

Or… did it? More than two centuries later, Gibraltar remains under a British governor.

The watch found on Paley’s imaginary walk – did it perhaps incorporate that contemporary technological marvel, the lever escapement within a Abraham-Louis Bréguet-designed tourbillon? While impressive, and enough to merit Bréguet a commission from the French Navy (who used his clocks extensively in navigation), there’s just one problem – it doesn’t work.

Oh yes a fine watch will tell the time. But the tourbillon, designed to counter the effects of shifting gravity (perfect for a naval vessel)? Ooops! In general, modern horologists not only say that not only is it unnecessary in modern timepieces (except to enhance sales), it probably never was, and that watches that lacked a tourbillon were never less accurate than those that did.

And as for a “master” designer? Even here what potential confluences do we have here between aviation and watches (much less the grand clockwork of the universe), except maybe in the coincidental affinity of Kim-Jong Il for Rolexes, even as his government’s rockets put pressure on the doomsday clock?