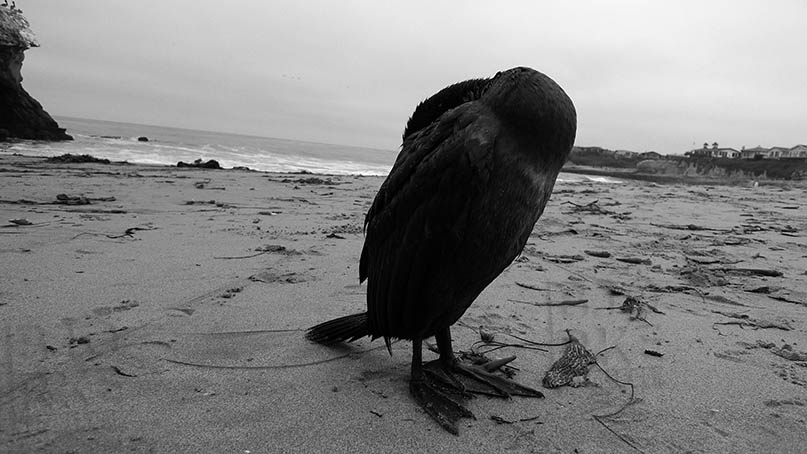 At this point everyone in America and certainly most people in English-speaking countries are aware of last fall's election success of Proposition 8, by which a majority of California voters banned non-pairing non-heterosexual marriage in the state. At its core it opens the curtain not only on the single issue trumpeted on the TV networks (gay marriage), but several: with the toughest, most difficult being those relating to what constitutes a "right" and what status "rights" have against that other favorite human institution: God.

This week the California Supreme Court got an earful of testimony regarding the specific bureaucratic issues relating to the constitutionality of Prop 8. A quick check of the wikipedia entry seems more concerned with celebrities and scandal than core issues. In fact, it's decidedly hard, from the wikipedia article, to actually find the brief text of the "Protection Act":

SECTION I. Title
This measure shall be known and may be cited as the "California Marriage Protection Act."
SECTION 2. Article I.
Section 7.5 is added to the California Constitution. to read:
Sec. 7.5. Only marriage between a man and a woman is valid or recognized in California.

Anti-Prop 8 attorney Therese Stewart puts forward this important question: Can a simple majority use the ballot initiative to take fundamental rights away from historically disfavored minorities? In the past, the California Supreme Court has already defined LGBT people as a protected minority:

...When the court ruled that LGBT people constitute a protected minority, it put anti-gay provisions on the same constitutional footing as provisions that single out people of color, women, or religious minorities; and when it ruled that relegating same-sex couples to domestic partnership instead of civil marriage violated their fundamental right of dignity, the court recognized that the humanity and the equality of LGBT people are inextricably linked.

i wonder if the (largely) religiously-driven campaigns in support of Prop 8 are creating a dangerous precedent for themselves. Consider the standard U.S. government wording relating to the description of groups who are protected from illegal discrimination, here grabbed from Title VII: "race, color, religion, sex, or national origin."

To my mind, one of these things is not like the others. While race, color, sex, and national origin are innate properties of an individual, properties which were not chosen by that individual and not open to revision, religion is not. There is very clearly no objective case for religion as part of biology or an otherwise innate property of a person. Any christian can declare themselves muslim, any muslim declare themselves scientologist, any scientologist declare themselves tired of the exercise and become a comfortably non-practicing agnostic. It is a choice, a matter of opinion and behavior -- not a fundamental property of the person.

Crucial to the core of religious intolerance toward homosexuality is the assertion that homosexuality is a sin -- and of course the very nature of sin is that humans make choices which are contrary to the rules set by God (or so the theory goes). If homosexuality is behavior, and behaviors are not protected as rights, then religious advocates are setting themselves up by saying that there is some more basic principle that divides rights from privileges.

Worse yet, for the faithful, is that research increasingly indicates that homosexuality is just the part of the individual's biology, that it is an innate part of their person. At which point, if homosexuality is simply part of the description of gender, then Title VII's protection (along with that of other statues) relating to "sex" kicks in, and with it a host of legal challenges can be made, with healthy precedents regarding gender rights issues, to ensure the equal civil rights of LBGT people (and such implicit rights would likewise function against the notion, already proposed by some christian evangelicals, that "pre-natal anti-gay treatment" should be used (without dealing with the probably more difficult question of "what sort of prenatal treatment do you think would work?") -- after all, if gender is protected, then doctors would have no rights to alter or suppress it, given that the same fundamentalist demographic also asserts that embryos are persons with rights. Or would they be willing to forgo that assertion for the sake of their homophobia?).

(Or would they dare to say that religion has a biological basis but then run the risk of admitting that it's all in their neurology? Where's the tax break in that?)

Of course, one can rarely find rational, objective basis in fields like government and religion. Religion in particular operates explicitly on the principle that it is not subject to rational discourse or to any requirement for objectivity (which includes, of course, all questions about biological bases and similar medical or scientific "obfuscations"). Which is fine -- as opinions are -- as long as it stays away from attempts to assert these unfounded (err, carefully designed to be unfoundable!) ideas up as the (legal) basis of objective behavior and restrictions to be imposed on everyone else.

This is in itself a paradox: if God is all-powerful, then why do humans need to be enforcing God's opinion? If homosexuality is a sin, don't they believe God will sort it out and punish (or reward) the right people at the right time? Or is being trapped in a world full of irrational paranoia punishment enough?