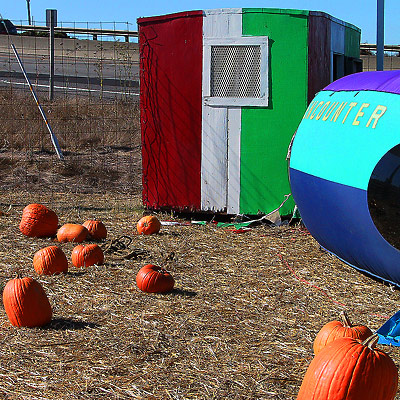 Blog listing of the day has to go to Jörg at Conscientious. Conscientious, like PhotoRant, looks for good photography on the web; though unlike photorant, Jörg spends no time crabbing about how barren the desert is, and actually doesn’t seem to spend much time, if any, digging through photoblogs — only photography of established artists. Also unlike photorant, Conscientious is more than happy to post other people’s photos as he finds them — given that he can then choose freely this makes Conscientious a very pretty site. And since he blends his own photos into the mix, this gives them an added haute association, as if we had discovered them hanging at SFMOMA.

Speaking of photoblogs, photoblogs.org is set to release the long-publicized new version of their site later today. I’ve been assured that the new software will restore one of my favborite features, which was to be able to search for similar sites, based on self-assigned keywords (now if only it could display a map of similarities, a la kartoo….).

…and speaking of SFMOMA, KQED Forum ran a program on Friday, hyping and discussing the new Diane Arbus: Revelations exhibit, which officially opened there on Saturday. Clicking on the Forum link above will let you listen to the entire program, with the curators of the show, a writer from Vanity Fair (apparently certifying Arbus’s status as a “legendary” photographer), and a number of call-ins, including the lady who wanted to know why SFMOMA wastes so much time on photography.