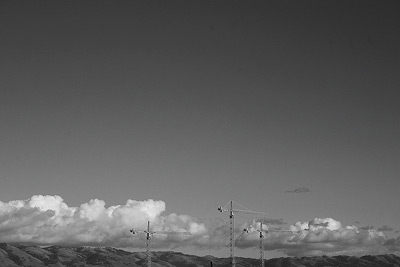 I’ve enjoyed Michael Johnston’s Sunday Morning columns for the past couple of years — back in 2002 he published a short list of book titles that he considered crucial for “practicing photographers.” Some I had read, and others I logged-away in my PDA for future reference. I generally trust Michael’s opinions on photography as being reasoned and informed, even if they don’t always coincide with my own (He also was the one who, through this article, got me going on a chain of links to John Brownlow and the streetphoto list).

In the past couple of weeks I unearthed that list again, and reserved the titles I hadn’t read through the San Jose State University Library. this morning I also discovered that Michael had posted an Amazon “Listmania” version of the very same list, along with a couple of bonus titles.

The book that has struck me as most broadly-useful to the day-to-day world beyond photography is David Pye’s The Nature and Art of Workmanship, a title that, as the link illustrates, has far more applicability that its original nominal topic of woodworking. I’m surprised this book isn’t better-known.

It’s ironic that within pockets of resistance to digital photography and printing, such as APUG, one of the shared myths is the notion that digital photography replaces craft with computer software. Pye’s woodworker’s perspectives, published in 1968, can function as a powerful broom on such mental cobwebs.