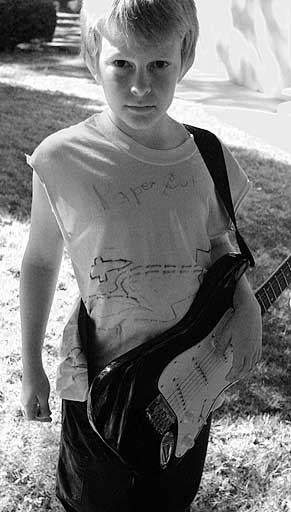 Here are a few more portrait gallery additions to the Gray Scale. And some of them aren’t entirely in B&W, given the realities of commercial publication (and the varying tastes of photographers — color isn’t bad, it’s just different). Mona Kuhn, for example, who says in an interview on Lens Culture that she prefers B&W for its “depth,” despite her current fame as a color portraitist.

Why so much emphasis on B&W portraiture? Mostly because I continue to believe that portraiture is one of B&W’s stronger genres, and that portraiture in general is one of the most-difficult forms of photography — despite its universal appeal, look how many sites and portfolios one can find without a single portrait. Instead we see rocks, we see skyscrapers, we see trees and flowers but portraiture… that’s hard. Even most of the portraits that one does find online tend to be driven more by fashionable stylings rather than portraiture’s implicit promise: that through this image you will touch. It will touch you, and perhaps you will even feel the opposite is true as well. Fashion is a mask — portraiture’s revelation tries to find the unmasked individual.

Why then, should B&W be more compelling? Doesn’t B&W also mask, hiding the true colors in favor of stylized ones? Yes, but it strikes us because the color is rarely what we remember about a person. Instead it’s the curve of the eyes, the particular smile, the form — even for a blue-eyed freckled redhead. Instead of seeing the uneven ruddiness & blemishes, what we see in our mind’s eye: the face. And within that, is where the illusion of human connection can be found.

At times I have pointed a link to just part of a site — of course, the purpose for having the following links in the first place is as an invitation to explore: