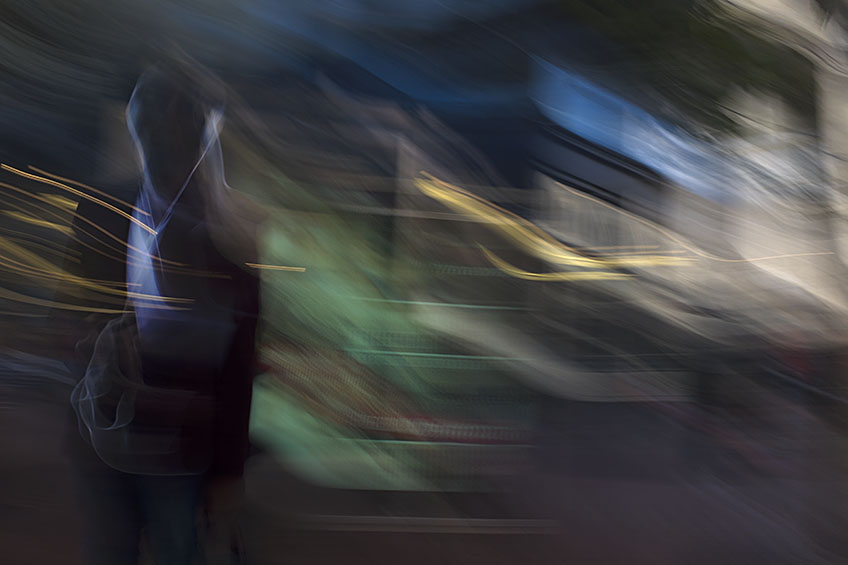 Fuji’s X100s is about to bow out as the X100T is introduced. Time for my non-review of the S, then! Just as well, since most online reviews (of most equipment – not just cameras) tend to get written by someone with general skill but a few hours or at most a couple of weeks actually using the thing. They might be "putting it through its paces" in a tinkertoy sort of way, but not chasing pictures with it in a sustained way, in all weather, different circumstances, lighting, time, and weight constraints. There are a few exceptions, of which I’d probably single out Kevin Mullins’s The Owl (and his book, which taught me not to use the Fuji like a Canon or Panaleica) for usability tips, and Zack Arias’s excited gush over the original X100 after using it for a good while.

There are plenty of people who will tell you all the things they enjoy about this camera. This leaves me more room to kvetch! Don’t worry, it’s kvetching that comes from love… 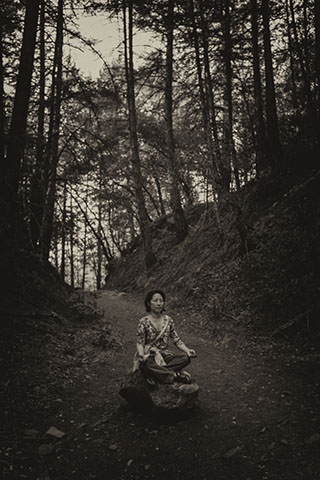 It’s good to have a camera in hand that feels like a rangefinder again. The LX’s are excellent but just a bit too small to have that feel. I’d ditched my film SLRs some time ago to shoot only RF’s – Leica M and screwmount, Contax G, Bronica RF645, and as a knockaround camera a Canonet GIII, which is probably the closest in spirit to the X100 series. The advent of digital had pushed me back to using SLRs; the LX’s and now Fuji are letting me be free of them again. And better still, the EVF’s gives you SLR-like capabilities when they’re really needed.

My original plan was to experiment with an X-Pro1 as a replacement for my Canon SLR kit, but I realized the X100s was better suited to me, and I love the quietness of leaf shutters. It didn’t disappoint (I’ve also skipped the X-Pro1 for the X-T1… more on that in some other post ).

The quiet of Silent Mode is a huge win. I have used the X100s on the sets of commercial video shoots, during takes. In acoustic concerts. No one hears it but me, and then just barely. Not even close-up microphones hear it.

I’ve been split on my enjoyment of the Optical Viewfinder (OVF) – excited at first by it, then realizing I was shooting almost exclusively with the Electronic Eye-Level Viewfinder (EVF) (almost never with the LCD on the back of the camera!), but recently I’m back to mostly OVF again.

It’s a learning process: you learn what’s good for what. The OVF is terrific for contexts where you can zone-focus, or use the Autofocus, or you just want to save on battery life. Most of my shooting is manually focused, using the EVF for slower, deliberate work and the OVF for fast outdoor shooting. I had to learn this bit by bit.

In manual focusing mode, a very large area of the EVF is covered by the distance scale, which is rendered on a large opaque box (the X-T1’s scale is mercifully transparent). Really annoying for framing! After a while I accidentally discovered that you can turn off the EVF’s distance scale, while leaving the less-objectionable (doesn’t cover the frame area) scale of the OVF active. Now my method is to use focus-peaking in the EVF with no scale, and the scale in the OVF. It’s easy to switch back and forth without removing your eye from the finder. Much better than the default.

The method for disabling the EVF distance scale is in the manual, but just barely! See page 75 of the English-language version. There's just one short paragraph that covers about a half-dozen topics, and no explanation of why. Oops, Fuji.

Compared to an M or similar camera, I do miss having a Leica-style focus lever. The X100s focus is twist-by-wire so you have to either use the EVF or look at the scale. You can’t just slide the lever to infinity and then focus by feel: “this much turn is 2 meters, this much is 1 meter”… when my X100s was new, the focus ring used to have a sort of jittery friction, which has gradually subsided with use.

Autofocus and the Back Wheel

Sometimes the AF just hunts. Frustrated that if I’m in Manual Focus and press the AF button to do a “quick” adjust (a common use pattern for me), it sometimes starts the slow drive down to minimum-focus distance and there’s nothing to do but wait. People tell me it’s better than it used to be. I guess I can believe them but at times I’ve just thought that my camera is faulty (sometimes I still do). One possible reason could be that it’s really easy to accidentally get the camera into macro mode (or out of macro mode) without realizing it, just in the moment-to-moment jostling around of shooting.

It’s odd to have a dedicated AE-pattern button but no dedicated ISO button. Really. I press that AE pattern button very rarely, and the Fn function button is too busy to use for ISO.

Batteries. I’ve burned three in an afternoon. Now I have five.

A big culprit in the battery consumption issue can be the WiFi SD card (see below), which if you’re not careful can keep eating power even if the camera is powered down.

Beware accidentally turning the camera off. This happens to me a lot. If I pan quickly while pressing the shutter, the power switch rotates and while my shot will complete, the next shot… oops! No camera! For this reason I almost never shoot in silent mode outdoors. I need that assurance that the shutter really fired. Too many lost shots without it.

I tried to solve this problem by using a "soft release" button, so that my finger wouldn’t be in contact with the power-switch ring – in practice, the soft release unscrewed itself, fell off the camera and rolled down a sewer drain in the first fifteen minutes of use. Instead I’ve had to develop a two-finger shutter button technique: a grip where I stabilize the power lever with my middle finger while stabbing down at the shutter button with an index fingernail, rather than pressing with the whole fingertip, so that the power switch won’t get dragged as the camera moves in my hand (“all in the wrist,” feh).

Unlike the X-T1 etc the X100s includes the ISO in Custom Shortcuts which tend to be faster than just using the Q Menu for explicit ISO tweaks. My settings:

…with other sharpness and shadow settings etc left at defaults. C3 is my “everyday usage” shortcut.

I used to have C2 set to a hard-shadow sharpened black and white mode, but in the last month or so have switched to using NH instead, since I do almost all of my B&W conversion in Nik Silver Efx 2 anyway. NH converts well and gives me a little more leeway when shooting JPG.

Like many people, I shoot JPEG a lot, though given some extreme lighting situations I’ve started using RAW more often again. This means increasing time between shots and dealing with longer transfers. Time to toss another 3TB on the hard drive stack…

I love the 3-stop ND filter, for the same reason I love it on the LX7 – instant sunny-vs-shady control when using manual exposure. The ND wins over ISO for its place on the top-deck Fn button.

The shutter speed dial only goes down to 1/4 second. Likewise the Aperture-priority AE. Lower speeds are possible via the T setting, but since they’re tied to the rear dial they’re easily jostled around and changed. Annoying.

The fake shutter sound adjusts to the actual shutter speed. Nice. At 1/4 second, you hear two clicks a quarter-second apart.

There is a dedicated flash available for Fuji X, but it’s not even close to the sophistication of the systems from Canon and Nikon. More on this topic in some other posts.

I opted to use a Transcend wi-fi card. The built-in Eye-fi control is completely ignored, in that case. I set the Transcend to time-out on wi-fi after the minimum one minute – otherwise it can very easily turn into a battery killer, since it will continue broadcasting even after the camera is turned off if you don’t tell the card to time out (and don’t let anything connect to it! Say, the tablet computer in your bag). If you need to re-start the wi-fi, remove the card or the battery. It works, but it’s fiddly. And you don’t get the nice “resize for phone” option found in Fuji’s software for the X-T1.

Owners love to proclaim that the X100s is not a hipster camera. If this was so, why am I so often stopped by hipsters in San Francisco, asking what kind of camera it is and telling me that it’s cool? 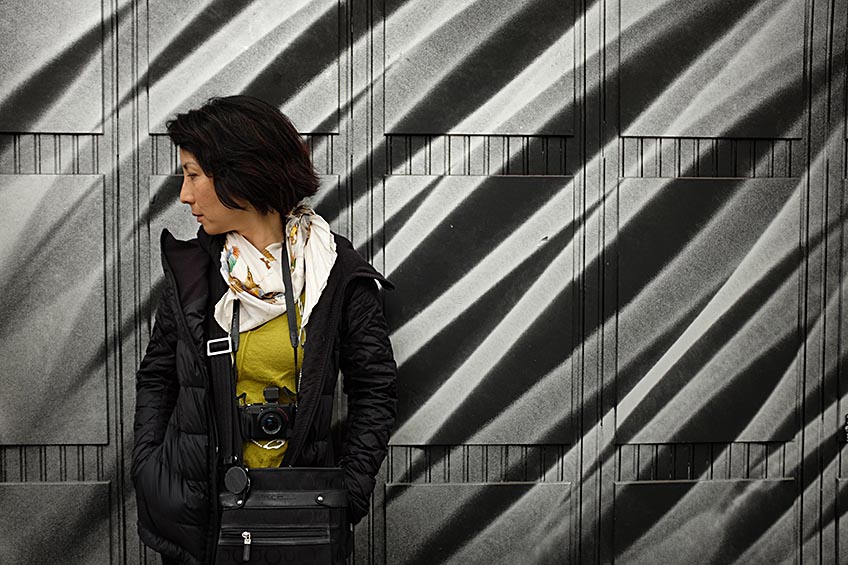 The high ISO means it’s possible to get really low-light shots, like the Milky Way seen here from rural Sonoma county. A trick to getting a shot at this super-low light level is to frame it on your tripod with the camera turned off so that you won’t be blinded by the frame lines in the OVF. 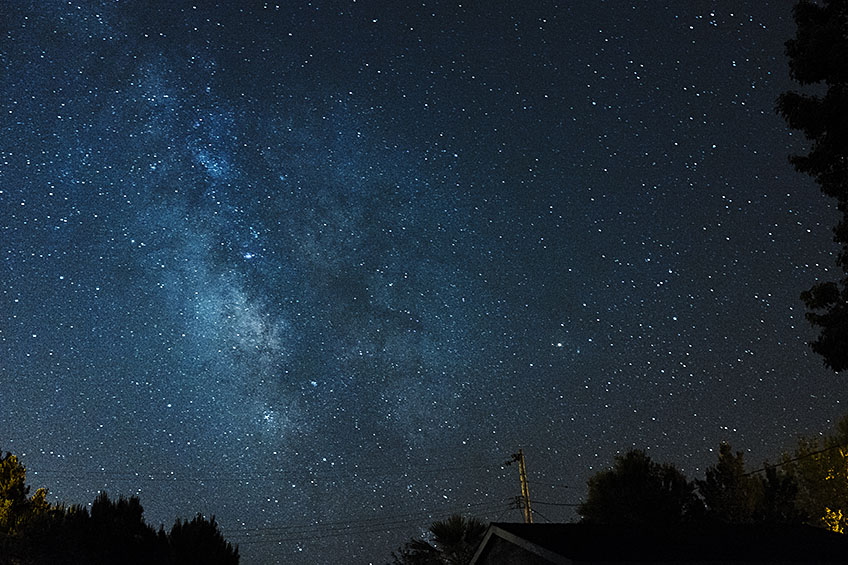 Or sometimes you just need the lowest speed you can get. 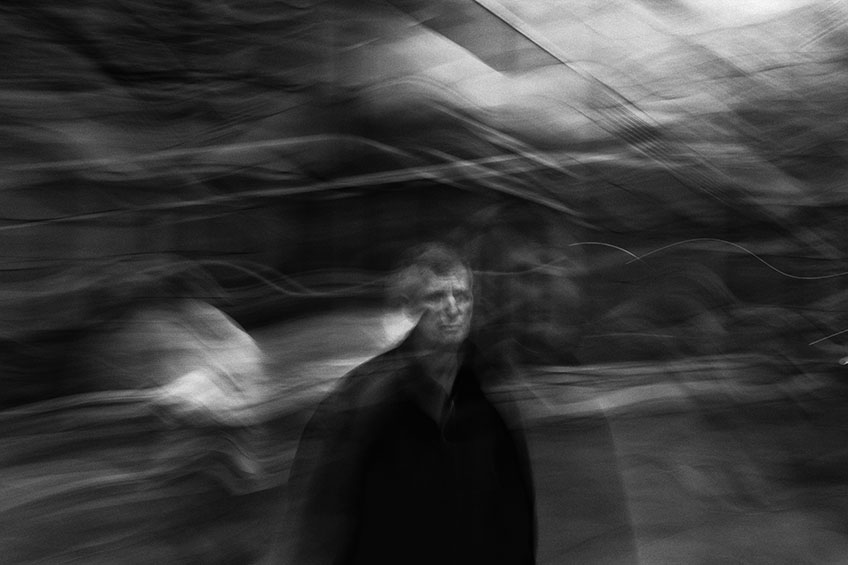