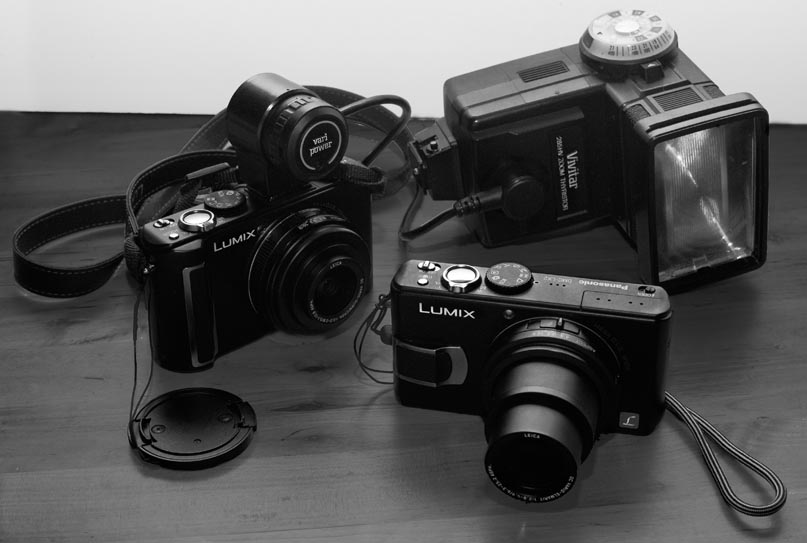 I've been shooting for some time now with the Panasonic Lumix DMC-LX3 (aka Leica D-Lux 4, more or less). I've come to think that it's overall the best small camera I've ever used.

As a companion to my previous LX1 and LX2 notes, here's a personalized LX3 overview.

For myself, the key refinements over the previous cameras are:

Speed of Recording
The LX3 shoots RAW files quickly. No seven- or five-second waits.
Speed of Operation
The addition of the little AF-assist button lets you use the AF selectively, much like the Canon "Custom-Function-4" -- that is, leave the focus-mode selector on Manual and just use the AF intermittently, selectively. So "quick mode" is: MF w/auto-assist + manual exposure (alternatively, zone-focus:zoomed all the way out to 24mm gives a zone focus (at f/8) from a half-meter to infinity).
Hot Shoe
This one I was slow to warm to, and the dedicated-synchro connector I haven't used -- but with manual strobes (or a radio trigger), it's a terrific tool and it synchs at all speeds.
Faster Lens, Better Low-Light Performance
The higher ISO's are much improved, while the extra stop worth of light lets you get more out of the low ones.

That's really it! A short list but each item has had a big impact.

My (small) bag currently contains the stuff shown in the top snapshot: the LX3, a corded manual strobe, and my LX2 as a backup for shots that can benefit from its slightly longer lens.

In a pinch, the whole kit (plus spare batteries, SD cards, & a pocket notebook) can be transfered from bag to a few coat pockets. 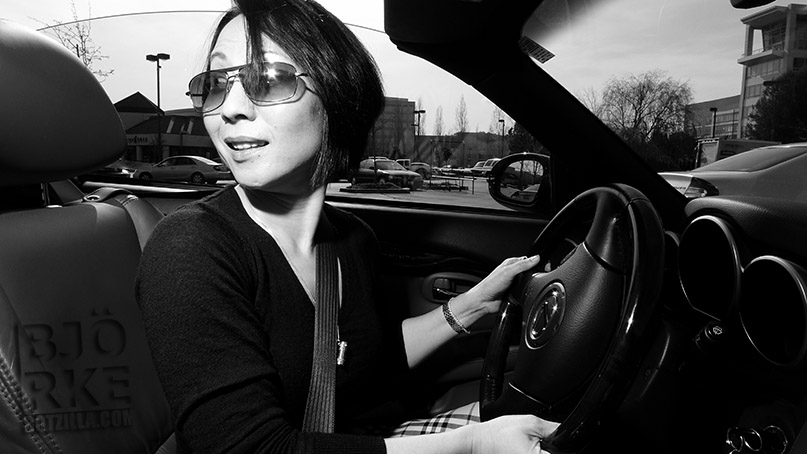 The Canon 5D usually sits at home -- more powerful, faster, but comparatively huge. As they say, the best camera is the one in your hand.

HD Video
I can imagine this being a killer app for some people. It hasn't been, for me (though I've used it on occasion).
Face Recognition AF
Again, this is very cool as a "geek factor" feature, but I haven't found a use for it. Yet.
External Viewfinder
I was so excited about this at first. I have a Voigtlander 25mm finder that works reasonably (though it blocks the built-in flash) and a 50mm finder that corresponds well to the LX3's long end. The "LCD display off" feature is a nice touch. Yet the truth is that the LCD is excellent and besides, I'm a comfortable LX hip shooter.
Auxiliary Lenses
The 24-60mm range is already just about perfect for me, and carrying around extra stuff makes the camera unwieldy and hard to store. This likewise applies to filters & other sorts of "system accessories." I'm already toting a strobe that's bigger than the camera!

There is an array of other subtle improvements and alterations, which I appreciate though they're not game-changers in the manner of those other big features. I really get the impression that the design work was done by someone who actually uses the product. What a concept, so unlike most other compact designs, which tend to focus more on body styling, fashionable colors, and confusing on-screen menus. The Pana-Leica designers really seem to get the idea that the camera is a device for the hand; that the eye should be taking pictures, not navigating camera controls.

So far, only one: A strip of tape across the top of the lens to keep the aspect-ratio switch firmly locked to 16:9 -- I have an annoying habit of bumping and otherwise moving it when the camera is coming in and out of the bag or my pockets.

I'm not alone in my admiration of the camera's redesign, there's already a swarm of fan web pages, sites, and dedicated groups for it, more than for the previous LX's and possibly driven by some apparently photographer-savvy people at Lumix marketing (I suspect that the growth of LX3-specific product-fan pages has already peaked -- like all modern products, the marketing life of the LX3 is as brief as a flower's, already past its prime while the sales machine is preparing for their next round of new-and-exciting. But this means little to those of use who see cameras as tools rather than as consumer fashion items).

Features I Never Use

Maybe someone can clue me in on uses for these geek-factor checklist items that have simply slipped right past my imagination.

Photo Audio
Besides the fact that this doesn't work with RAW, it makes the camera stop for several seconds after the exposure, while it records audio. Does anyone use this?
Kid and Pet Names
Do you really need to fiddle around with a menu to decide who you're going to snap before photographing "BABY2"? Won't you recognize them later?
Direct-from-Camera Printing
Another feature I've never seen anyone use, other than the souvenir-photo guys trolling around amusement park entrances and national monuments.

No tool is perfect for all things. It's hard to imagine a range of improvements for an LX4 that would be as significant as those that the LX3 already has over the LX1 & 2. Not that that would stop me from dreaming up my own list of suggestions:

Instant On
This can't happen for a retractable-lens compact. Or can it? I can imagine that it the camera could detect that the auxiliary-lens/filter extension tube were attached, then the lens could be told not to retract. Then it's just the electronics, which could easily reduce the turn-on time from a few seconds to a few tiny fractions.
Zoom While Shooting Video
Come on, why doesn't anyone support this well?
Locks
This is the "Kevin is clumsy" feature. I often accidentally press the [+/-] or [flash control] buttons on the back of the camera while shooting. Then I have to stop, look at the menu, turn them off again. I'd like some way to tell the camera "I am shooting now, all settings buttons should be ignored until further notice." You might think that pressing AE-Lock (even in manual mode) might do this, but: not today.
Webcam Mode
This seems an obvious plus for such a useful travel camera (and if you can feed live images from USB, you could potentially let the user shoot tethered, too).
Mic Input
Then again, if you could record video tethered, you could just use your laptop. 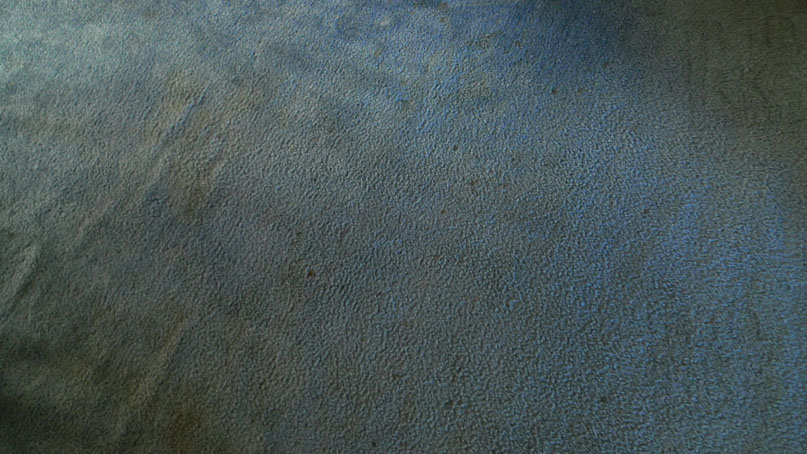