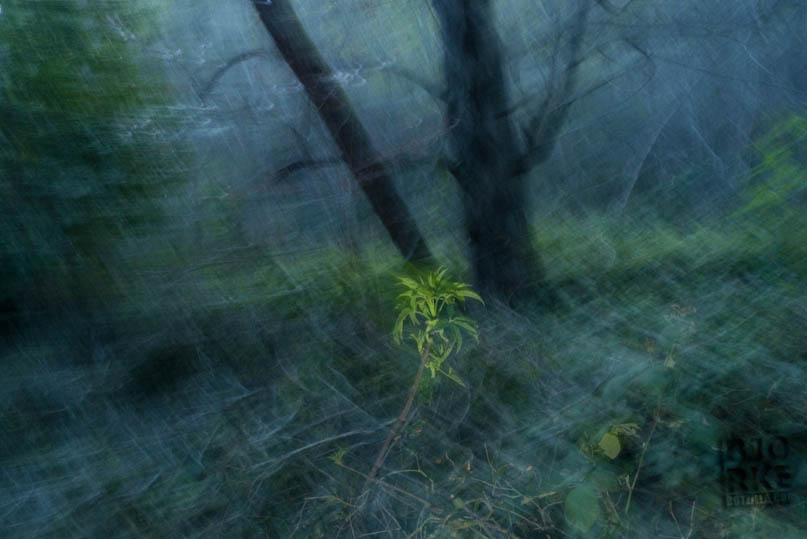 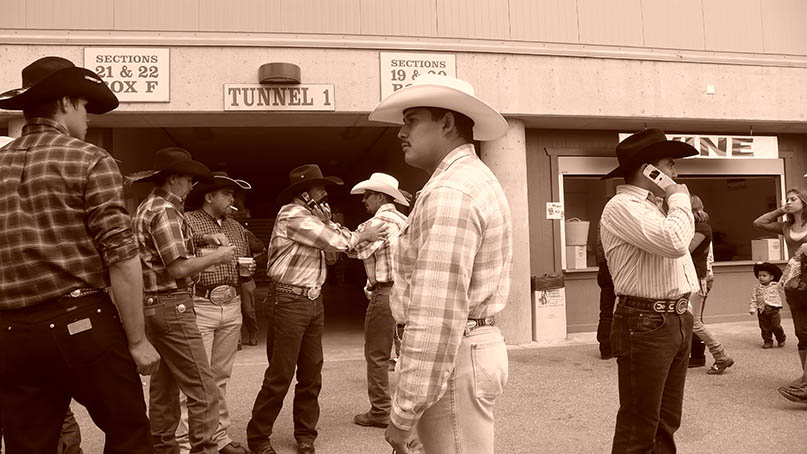 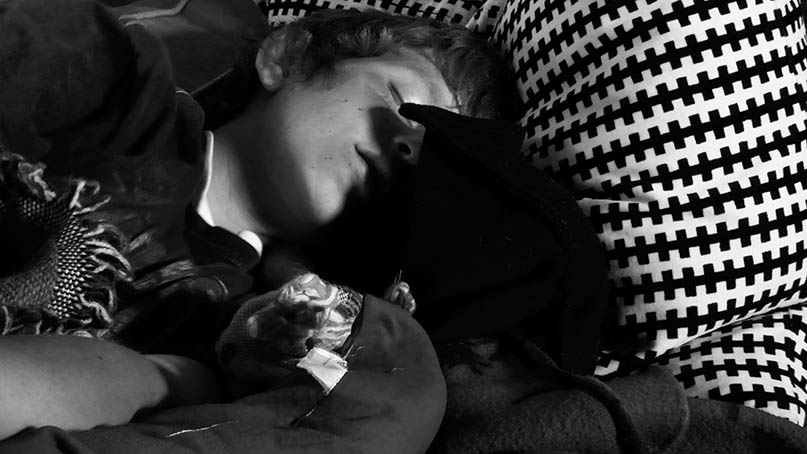 There is little that can lead you to treasure good photography than to look at a lot of bad photography, interspersed with an occasional gem. Which is exactly what I was doing a few weeks ago on (where else?) flickr, where I was editing group pools.

When I started the New Black and White group, back in flickr's early pre-yahoo fog, there were no editing or moderation tools, it was slow and painstaking to remove each and every pic I felt didn't belong. And at first that was fine, as there were very few pics submitted. Two or three a day. I stopped messing with it, left it fallow -- came back to find a thousand pictures.

Edited those down to a few dozen, watched it fill up quickly again. Eventually the flood was far more than I could manage as anything less than a full-time job, so I ignored it for months until there were more than 55,000 photos in the pool, most of them "flickr noise" of the cute kitten variety.

Rather than even try to deal with all that, I started another group, Contemporary Black and White, and invited a few select members. I thought: at least I don't need to edit them (and I don't -- they've been contributing good stuff). But then I started wondering about the old one.....

So I did. It took time, it took special tools, it took regular attacks. I worked in blocks of from 1000 to 3000 photos. As time passed, it was quick enough to see how many really endlessly-repeating tropes there were, each trotted out over and again and usually accompanied by plenty of enthusiastic flickr badges and boosting comments (especially if the photo involved a pretty girl).

As soon as I started deleting, of course, the hate emails started coming in. What was interesting, if not surprising, was that some of the worst "offenders" -- by that I mean people whose "NB&W" photos were dull, often not even black and white, and massively spam-posted all over flickr -- were the most strident of the protesters. A handful of them diffidently pulled their photos (by the hundreds) from the pool. Thank you for saving me so much time! I thought, but also couldn't help but believe that they genuinely thought they were doling-out a punishment, as if I would somehow be harmed by no longer being able to view (and congratulate) their hundreds of bare-tree-on-the-plains snaps ("Don't bother replying back as I'm blocking you." too).

Photography, especially as practiced socially on the internet, is as vulnerable as any craft to the curious backwards-expectation principle: that is, for any skill, the very best people are constantly self-critical and pushing, always knowing that they could do better -- while the weakest practitioners are quite securely smug in their belief that they've got everything licked, under control, no need to reflect or review except to roll in adulations.

In internet-style photography, this is reinforced to a staggering degree, if only because so much of photography, as generally practiced, is about flattery -- just like most online social networks.

In the aforementioned 1951 article, Berenice Abbott places the blame for photography's emphasis on flattery on the proto-pictorialist photographer Henry Peach Robinson, the creator of the famous Victorian melodrama photo "Fading Away," and most especially on his book Pictorial Photography (A sample: "It is an old canon of art, that every scene worth painting must have something of the sublime, the beautiful, or the picturesque. By its nature, photography can make no pretensions to represent the first, but beauty can be represented by its means and picturesqueness has never had so perfect an interpreter."). Personally I don't think he can quite be credited for human vanity, but the gun's still a little smoky.

It doesn't really matter where it came from, but the belief is rampant that "good" photography equals "flattering" (this was exactly the criterion given to me a recent local photo class, a class which also extolled the works of Yousef Karsh as expressing the highest of all photographic virtues). It's a flattery that aims both ways: if your pic is flattering, then it is "good" which flatters the photographer.

The cycle starts there: the photos are flattering, and deserving therefore of flattery, and flattery leads to flattery leads to flickr badges and group invitations and should a tiny shred of actual daylight get into the party the guests will be in a ruinous uproar over its harsh direct brightness.

Not that the angry messages bothered me after the first thousand photos. I stopped informing, just went at it deleting. Didn't look at the names, didn't look at anything but the pics. And saw the same two dozen shots over, and over, and over...

I started to catalog them for a while: "...cute cats, adorable soft-toned children, footprints in the sand at the beach, misty time exposures of water, streets and railroads stretching off into the distance, casual snapshots, rusting cars, ruined castles, silhouetted trees, tele shots of resting seabirds, trees and unidentifiable silhouetted figures in fog, photos of backs of heads, (abandoned) factories, tourist destinations, parked bicycles, wide-angle upshots of skyscrapers, cathedral ceilings and windows, photos of camera collections, geometric airport ceilings, exterior stairways, wistful old statues, people looking bored while drinking coffee, interesting architectural details in closeup, sunlit spiderwebs..." it was actually a relief to leave in at least a few flattering model shots, if only because they weren't another empty craggy landscape.

For the sake of completeness (no, just to be random) I kept some in place, throwing away the OTHER photos just to keep runs of clichéd ones: say, thirty black trees on white (URL approximate), or twenty men with hats, or 30 shots of animals -- in order. Moderators can't rearrange the photos, I could only do this by eliminating the pix between how many runs of shots were just the same, same, same.

What none of the protesters did is what would have redeemed them. Despite repeated patient invitations in the face of their ad hominem vitriol, not one of them was willing to say why their photo deserved consideration, why it was special or worth anyone's time to view. Not one.

I can't help but feel the person who has benefited most from the exercise, though the obvious result is a much better pool of photos, is me -- seeing in a deep way, night after night for weeks, just how many "gorgeous!!" photos are really not worth a second glance and how many of them are in the same narrow predictable range that have been little-changed since the 1860's. Now the real challenge: remembering to avoid them myself while still making photos. At least photos I'd bother putting on the web. 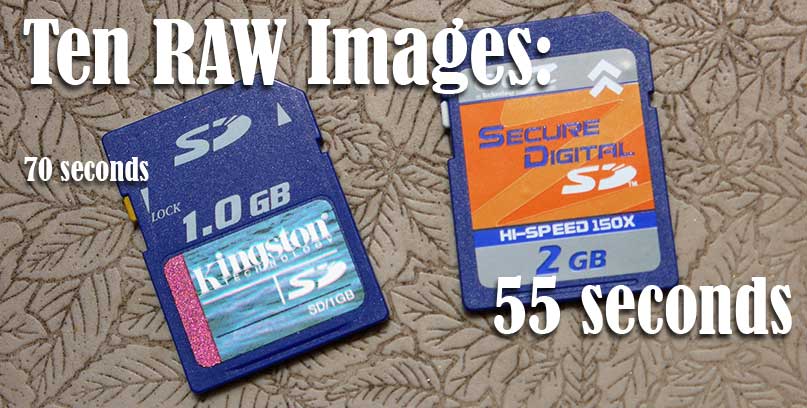 High speed ftw! A quick $12.99 sale price later, and the LX2 is somewhere between 25-30% faster on RAW capture. Thank you OCZ and thanks Gary for the hint!

To my surprise, shooting time for ten "high quality" JPEG images remained about the same -- around 20 seconds -- indicating to me that for compressed pix, the limiting factor is the speed of the "Venus Engine" processor itself.

Addedum: yesterday saw the publication of dpreview's test of the Sigma DP-1 which is probably the closest competitor to the LX-2 and considered by many, in anticipation of it, as the compact streetphoto heir apparent. To my great surprise, the Sigma is significantly slower than the LX-2 -- the only got a little over 7 seconds per frame in RAW while the LX-2 turnaround was only 4.5 seconds (even faster than what I was getting). The Sigma does have a three-frame buffer, though it's not clear to me if you can use it in regular shooting mode. And a hotshoe for Martin Parr & Bruce Gilden fans.

Addendum #2: And on the heels of that, another review lamenting the DP-1's lack of speed, this time by Edward Taylor on The Online Photographer -- "My main complaint about the camera then was that it was painfully slow. It was and it is...." Hmmm.