Adding the Fujifilm X-Pro2 to my kit has had me reviewing jpg-output custom image settings again. It's a regular topic of conversation on internet forums and reviews and blogs -- how to set up the custom functions in the X100T, on the X-T1, or, now, the X-Pro2?

There are something like a million possible permutations of settings for each of the custom collections: how to pick, and how to keep track of the selections (What did I have on C3 again?)? My choice has been to break things down along just two axes: picture type and color/monochrome. I then to set all cameras to use the same custom-settings layout so I only have to learn one setup.

The table shows the layout and details about the choices follow below the fold.

These settings don't cover every kind of shooting! But they do, at present, cover most of the situations I normally shoot. There's no such thing as "best" settings, just "best for me." I don't really shoot landscapes, I don't do macro, etc. There are no "C" modes here using Vivid/Velvia color or other mode choices that might have their place in some other shooter's toolkit. The crucial question should be: "What do I actually use my cameras for, and how quickly cen I be set up for those situations?"

Reviewing the pictures I make, I've found that almost all my shooting falls into a few simple categories: contrasty street; lower-contrast portraits of various types, using either flash or existing light, and finally (via C1) a deliberately-vague "general photography" that is usually perfectly served by the cameras with their factory settings. On rare occasions where I want to vary, I can quickly get to a known state from C1 rather than trying to guess what other setting might be good.

Each camera has its own characteristics, and so the settings are not exactly the same on each body:

I'd love to hear other people's thought about custom functions, and how they're most useful to them. 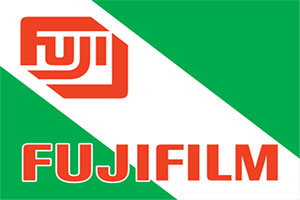