Is Photography Inherently Humanizing? (I) 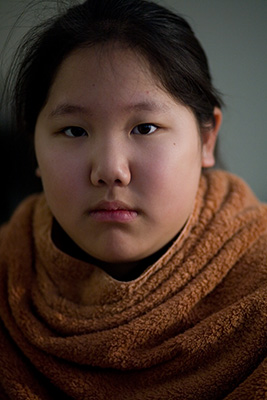 One of the most difficult aspects surrounding the practice of war photography (and other "socially concerned" photography, as exemplified by, say, Salgado's gold miner photos) is that almost universally, the stated aim of photgraphers who pursue that vocation is that they desire an end to war — a specific war, or all wars. As has been pointed out my a number of detractors, most prominently Susan Sontag, there's little evidence to show that photography has done much of anything to stop wars.

The 2007 World Press Photo awards have been in announced in the past couple of days, and it's no surprise that the dominant award winners — especially in "singles" — are of combat and its aftermath. The World Press Photo of the Year itself is one: Spencer Platt's celebrated shot of a group of well-heeled and comopolitan young Lebanese cruising through post-airstrike destruction in their red convertible, one of them sourly fiddling with her celphone camera.

It's a disturbing image for its collapsing effect — this clutch of handsome consumers, viewing firsthand the sorts of things that consumers should expect not in their surroundings but on TV, in pictures. One young woman guards her nose with a cloth and a disdainful look. And they themselves seem torn from a BMW ad, as if somehow the evening news has mistakenly intruded into the commercial time.

It's a picture about looking. These people are looking at the destruction, and a bystander, apparently part of the bombed neighborhood, likewise looks at them — and of course we are looking at all of them through the borrowed eye of the photographer. It's also a photo about connections — no less than three celphones are in use in this shot.

It's a photo that challenges worldviews, which is simultaneously why it's an award winner and yet why its impact is so easily disappated by the Grand Parade of Media, which knows that it must first and foremost confirm and conform to the status quo. Steering, if it comes at all, only comes gradually or in the form of great tragedy.

It's also not the sort of shot that would garner much praise from the "better photo" composition police. Too jumbled, too many partial figures, no clear line or strong dominant color. It takes too long to look at, and it doesn't read well when reduced to 100 pixels as an inset on a web page.

Compare instead to the spot news singles winners. every one of them clear and graphically punchy. To my eye they seem more successful as photographs, — as colored rectangles — than they do as images that challenge, inform, and compell. It is difficult — no, impossible — for me to know which of those two characteristics were most important for the judges in the choice of each photograph.

I've bought a number of World Press Photo Yearbooks over the past ten or fifteen years. Is it just me, or do the photos seem to each year rely more on color and graphic punch? Is it a change in cameras, or a change in emphasis to images that need to read well on the web at sizes from 60 pixels on up?

I can't pretend to have the answers wrapped in a neat ribbon, but it seems to me that the desire of editors for photos that are more page-design punctuation than information sources has never been greater.

Assuming, for one instant, that the purpose of news gathering and publishing is something more than as a grimly spectacular entertainment, and that its functions to inform are truly driven from some altruistic bent, then why is photography so challenged?

Part of it, surely, has to do with the fact that propaganda is profitable. The Fox Newses of the world have seen the value of letting people avoid having to use information to inform their moral and ethical judgement — rather, it's easier to just give them a narrow range of factoids intended to reinforce a predetermined framing of the world, to ensure that all new information is either bent or filtered into a form that fits the existing, simple-to-grasp and continuously self-affirming story.

I don't think the story is inherently partisan, á la Fox. Rather, Fox is just one variation of the larger simple story: Everything is fine here but the faraway world is bad. Here, buy something.

And that's a story whose foundations are chipped at by Platt's photo.

Comments on "Is Photography Inherently Humanizing? (I)"

Are you calling them "well-heeled and cosmopolitan young Lebanese" because... they look don't look like the "standard Arabs" that we would expect in Beirut? Or because they look a little bit like people 'here'? Why should they not look like the way they are presented here and can we really put our interpretation on their appearance on them?

I get a sense that you are jumping the gun a little with your impression. It feels a little ladden with preconceptions.

Back to Fox: one of images of the mass media of the world out there is people living in worse, more primitive conditions than we are in the developed world. It's a convenient image to maintain, especially when thinking about bombing a bunch of stone age religious fanatics. Facilitates that decision nicely.

Yes, it's because they look like people 'here' -- we do not normally see both the shiny red convertible AND the bombed tenements in the same frame. The "image" -- the accepted mythology -- that you describe about Fox is exactly the myth that is challenged when we see that the victims can actually be people like *us*