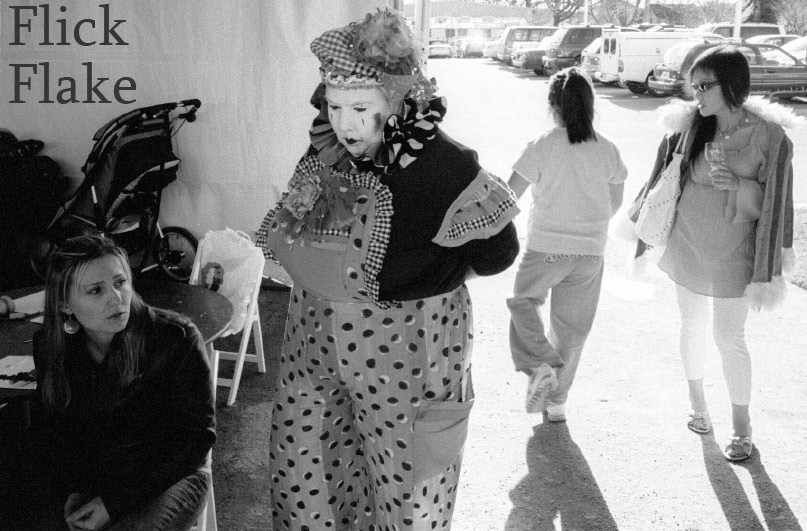 Over the past month or two I've pretty-well given up on trying to make any sense of my flickr contacts list. Too many people listing me, too many people whose photos I want to see.

I'd previously made some progress by using robots — fake user accounts — to sort things. In the end simplicity wins out, so now people and tags and topics all just get fed into my bloglines account same as everything else (or for the RSS-less, into del.icio.us).

A definite advantage to this is that RSS feeds make it easier to keep track of photos posted to flickr group pools, since the official "your groups" page flags updates to the discussions in those groups but not the picture pools — even though the most interesting groups (visually) often have empty discussions.

Digging around I came across some groups that I shouldn't have been surprised to find — lots of groups based on numbers games, such as groups racing to create the largest group pools in the shortest time (e.g., photos = noise. LOTS of noise), or have the most members, etc. The internet way, as ever (as was the TV way before it) is to emphasize volume over critical judgement, a trend that's been well-recognized since at least the industrial revolution.

And I found some groups that attempt to extract personal prestige out of high volume, by requiring a minimum number of page views on a photo (or minimum number of "favorite" tags) before that photo can be added to the group. Groups for photos that have been viewed 50 times, 200, 1000, 5000.... and so forth.

I subscribed to several of these to see what sort of level of traffic they'd have, and what sorts of photos.

My hunch, sight unseen, was that these groups would be populated with what I think of as the flickr house style — that is, photos that read well (or best!) when shrunk and center-cropped to a 75x75-pixel square. Specifically: contrasty, bright colors, preferably with a cute young woman, subject right in the middle of the frame, always accesible and easy to read. Oh, and lots of tag whoring (adding provocative tags like nude and luscious — even when there's no apparent connection to anything in the photo), plenty of zealous logrolling (you mark my photos favorites so that I can mark yours), and broad, broad, broadcasting to every group under the sun, especially groups with names like Sexy Girls and Gorgeous.

I wasn't disappointed, then — it's exactly what I found, with the only exception being a good-sized chunk of snapshot photos from Iraq hiding in the 5000-views group.

What I was a bit surprised and disturbed to find, however, were the boobs.

Obviously, attractive women were expected, and generally they have boobs, but there were a surprisingly large number of extremely popular shots of just boobs — fully-clothed usually, usually a low neckline, and no face at all. What's more, as often as not the boobs would apparently belong to someone not even known by the photographer, who probably didn't even know their photos were being taken — the photo descriptions saying things like "sexy random woman on subway in Barcelona" and so forth.

Remember, these aren't just common — they are the most-viewed photos on the entire system.

Think about that, next time someone yells at you while you're shooting because photographers are all a bunch of pervs. According to yahoo, they're right.