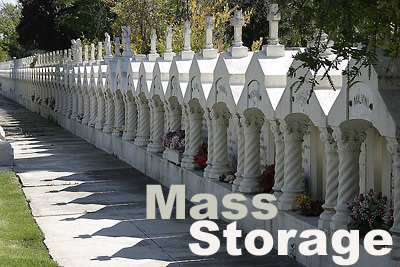 So in a few days we're off for a family trip and the storage issues have become something of a headache. Shooting RAW mode, I can easily burn through a CD's worth of storage every day — on a busy day, I can shoot a lot more than that (or a CD+ of JPEGs). Add two more cameras for Rebecca and Courtney, and it looks more and more like I'll end up spending an hour every day of the trip burning CDs (to say nothing of charging batteries), which means carrying a laptop in addition to my kit bag, and all of it hand-carried through multiple airports. Normal enough for a commercial trip, but for a vacation? I thought there was supposed to be some "fun" involved (wonder if there's electrical power on the flights...).

The alternative, ironically, is to progress backwards and shoot film, which is easier to stock-up in bulk, doesn't need a laptop, but will require time later for processing, scanning, and potentially printing and spotting. It's tempting to bring both Contaxes as backups/overflow for the digitals (which was absolutely necessary on my last trip to London — the CF cards filled fast) — even if I were willing to drop a few hundred $ on extra CF cards. So much for the cheaper digital Promised Land.

okay, I can't resist pointing out the obvious oxymoronic bait dangling in front of me: "progress backwards and shoot film"??? Oh gosh, where's my blood-pressure medicine :)

btw, re: storage media, have you heard anything about this "solution" a local digital shooter told me about: one of the MP3 players out there, I think a Creative Labs product, has 4 gig or so "microdrives" in them which can be taken out and which fit into the camera (I'm assuming CF since he had a 10D although my digital ignorance is showing here). Of course this ruins the MP3 player but one doesn't buy it for tunes. The deal being that these MP3 players are much cheaper than buying the same high-capacity drive you just took out if you were to buy the drive in it's own packaging. At any rate he's has two of these high-capacity cards he's using with his 10D with no problems.

Come on, your research skills are better than that!

my photo bag used to big big, stuffed with a couple of Leicas, a rolleiflex, a 4x5 camera, changing back, darkslides, film for the above, light meters, strobes, oh lenses, did I mention lenses...

now I'm mainly digital, it's JUST AS FRICKEN BIG since it now has the 1Ds, lenses (those lenses are BIG, man), a Powershot S400 for days when I can't be assed to carry around the 1Ds, storage, batteries, chargers, laptop, compressed air cleaner, and of course a film camera (a Noblex these days) and perhaps a Leica which I won't use. Oh, and a monopod and Kaidan Kiwi so I can do 360s. Oh, and a card reader and all those damned cables.

The only solution to storage is to go with a big old digital wallet. Of course these are ridiculously expensive. And most of them are JUNK. I have one that I use as a paperweight now, and it's crap at that too.

The Belkin thing for the iPod is attractive, as I wrote in my own blog, but comments there complain that it is horribly slow. Well, all digital wallets are horribly slow. At leasat that one gives you an excuse to buy one of those new skinny iPods instead of your old fat one that is SOOOO October 2002.

Actually the key thing about digiwallets for me is that they should sit in your camera bag and every time you remove a microdrive you dump it into the digiwallet and continue shooting with another microdrive so no matter how hard and fast you shoot you never run out.

I must say though that despite occasional flushes of nostalgia for film (APX 400 in particular) the actual shooting and scanning of film is excellent aversion therapy. Just scanning a few rolls of film from the Noblex on my flatbed always brings me out in hives... all that dust...and talk about slow... and HUUUUGE fricken file sizes... and I defy ANYONE to interpret a color negative with the naked eye.

I wish the 1Ds was smaller thought. It's a fucking brick.